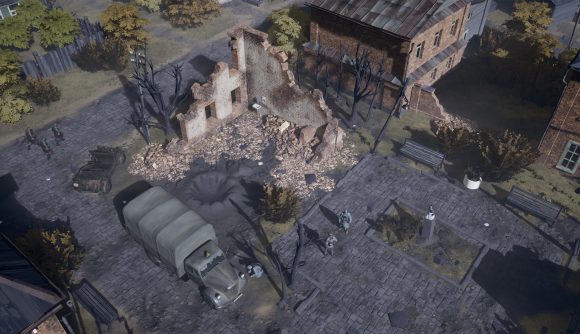 Over the past two years or so, World War II games have cast their gaze more frequently onto the Eastern Front, focusing in on the German invasion of Russia and the counteroffensive that eventually saw the Red Army press the German Army all the way back to Berlin. Partisans 1941, out today, is a tactics game set in the invasion that puts you in charge of a plucky band of Russian patriots using guerrilla tactics against a larger and more well-equipped occupying force.

If you remember the Commandos games, or the more recent Shadow Tactics: Blades of the Shogun, you’ll have a pretty good idea of what Partisans 1941 is all about. It’s a real-time game, and you’ll want to carefully use stealth, traps, and well-timed ambush tactics to gain the advantage on the occupying Nazi forces.

Along the way you’ll recruit new resistance fighters and develop your team’s skills, resting up and leveling at a secret camp. Our esteemed colleagues at The Wargamer have a Partisans 1941 review out now and they’ve come away fairly impressed, noting in particular the satisfaction that accompanies a perfectly executed tripwire trap and ambush.

Here’s the launch trailer that provides a full rundown: 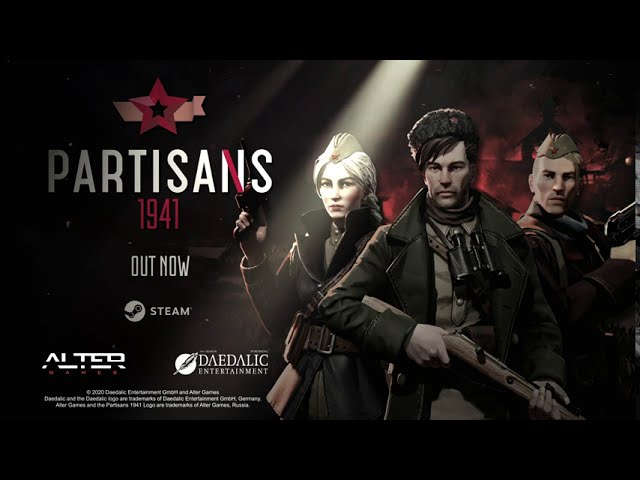 You can find Partisans 1941 on Steam, and there’s plenty more where that came from in our list of the best RTS games for PC, which includes Shadow Tactics as well as Company of Heroes 2, which is similarly set on the Eastern Front.