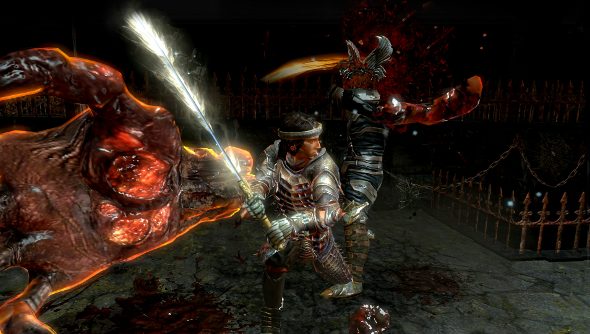 Path of Exile’s been around in one form or another for a good long while, even though it only recently launched officially. It’s managed to gather quite a following, with Grinding Gear Games counting 4 million registered users and 250,000 daily users, which isn’t to be sniffed at.

I’d love to know how many hideous monsters and leaping goatmen get slaughtered every day with that number of players hacking their way through the game’s many dungeons, but counting that high would likely be too much for a simple human brain.

There’s a good reason for the strong numbers, of course. Path of Exile is a cracking ARPG, channeling the gloomy, oppresive atmosphere of the first two Diablos with an imposing, absurdly deep skill tree that lets players craft all manner of builds. Seriously, Victorian women would faint if they saw the number of skills and ability modifiers in that vast menu. 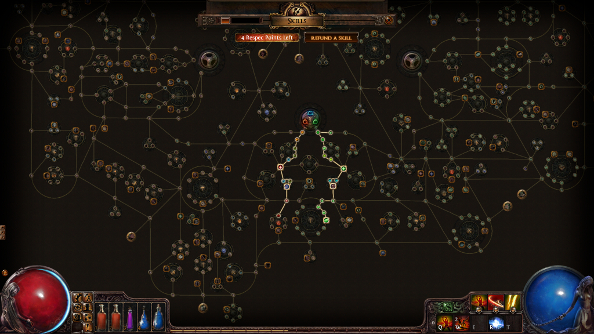 It’s also conveniently free and limits microtransaction purchases to primarily aesthetic or otherwise useless things like groovy dance moves or colourful pets. I became enchanted with the game when I realised I could wade through the battlefield with a grouchy, elderly Scottish gentleman wearing an extremely short skirt. It’s like being in Glasgow City Centre at 3am on Sunday morning.