Want to know everything that’s coming in the Path of Exile 3.14 Ultimatum update? Along with the latest news about Path of Exile 2, a wealth of new information about the Path of Exile Ultimatum expansion was unveiled during a livestream from developer Grinding Gear Games. We now know more about what to expect from the update, including the new Ultimatum trials and a whole bunch of reworks and updates to the already released league updates.

Compared to previous expansions, 3.14 has far less new stuff, but when we say the prior league updates and expansions are getting reworks, we’re talking extensive reworks. Not only will more recent leagues get balance updates, but 3.14 also introduces a ton of loot drop updates and tweaks to older items to make them more competitive with items from more recent updates. Given that Path of Exile is now almost eight years old, that’s a ton of expansions to adjust.

Honestly, trying to round up everything into one neat package is an undertaking, but we figure that it’s best to just keep everything as brief and simple as possible for you. Here is everything that’s coming in the Path of Exile 3.14 Ultimatum update.

The Path of Exile 3.14 Ultimatum update release date is April 16. 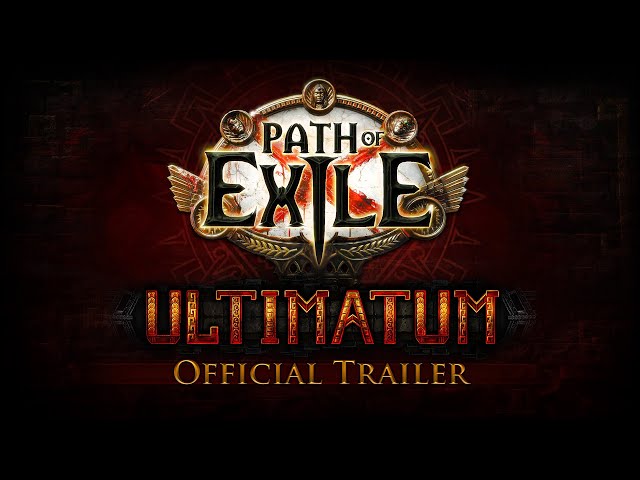 The big new feature coming to PoE is the UItimatum trials. When you accept a trial from the Trialmaster, you’ll fight hordes of enemies in a small arena, gambling your life for more and more rewards. Should you defeat or survive each wave, you’re presented with a choice: take your winnings and leave, or stay for another wave by choosing a stipulation and potentially win one more item. Be careful though, should you perish in combat, you’ll lose everything.

Aside from the regular Ultimatums, you’re also able to take on Inscribed Ultimatums. These require you to sacrifice an item to participate. So if the Trialmaster asks for exalted orbs, you’ll get double your exalted orbs gambled back should you win the trial.

There’s a bunch of new items that can be won from the Ultimatum Trials, such as the Glimpse of the Chaos Vaal Mask that drops elemental resistances in favour of buffs to life, mana, and energy shields, or the Mahuxotl’s Machination that grants you six keystone passives at once.

This isn’t just a single-player experience either. Should you party up with other players, you can work together to complete trials for your own separate rewards. Players will vote on which stipulations they think they can tackle (ties will result in the game choosing the stipulation at random), and if one player wants to back out, they can do so without compromising the rest of the party’s streak.

Other things that are coming to PoE Ultimatum are: 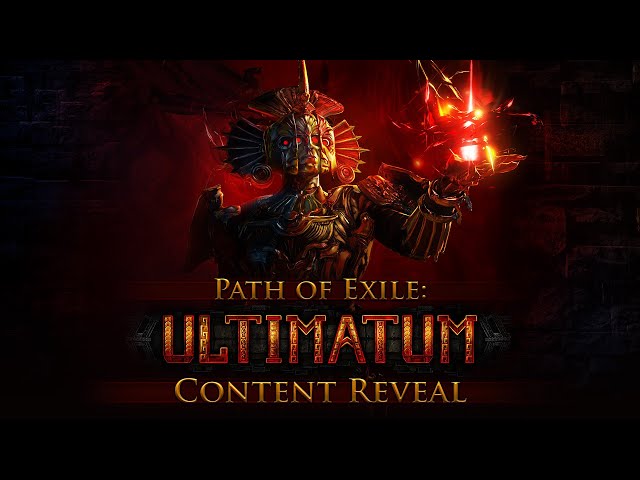 The other major part of the PoE 3.14 Ultimatum update addresses some issues with many of the previous major updates. Many of the item drops for older updates weren’t strong enough to motivate players to keep playing them. The above video explains in-depth details of everything that’s coming, but for your convenience, here’s everything that’s changing for each PoE update.

Sacrifice of the Vaal

And that’s all that’s coming to the PoE 3.14 Ultimatum update. It’s a lot, but hopefully you’ll now have a better understanding of what’s changing and what you should expect when the update drops later in the week.