Path of Exile’s September expansion is called Blight, and it adds a new tower defence-style mode to the free-to-play hack ‘n slasher. The update also makes some changes to several classes and incorporates two old leagues into Path of Exile’s core game.

Your task in Blight is to help Sister Cassia stop the spread of the Blight, a plant-like organism that controls monsters’ minds. When they’re possessed, the monsters become tougher, but they mindlessly follow tendrils created by Fungal Growths. To stop them, you need to build defensive structures that exploit the creatures’ specific weaknesses, efficiently using both space and resources to survive.

Each time you successfully defend a tendril, which is effectively a lane, you’ll get acces to a chest full of rewards. Sister Cassia can also use oils dropped during battle to enchant items as you play.

In terms of defensive structures, Blight gives you a wide arsenal to bring to bear. There are towers that cause chill, shock, stun, burn, petrify, and debilitate. Some towers stun and others empower your characters. 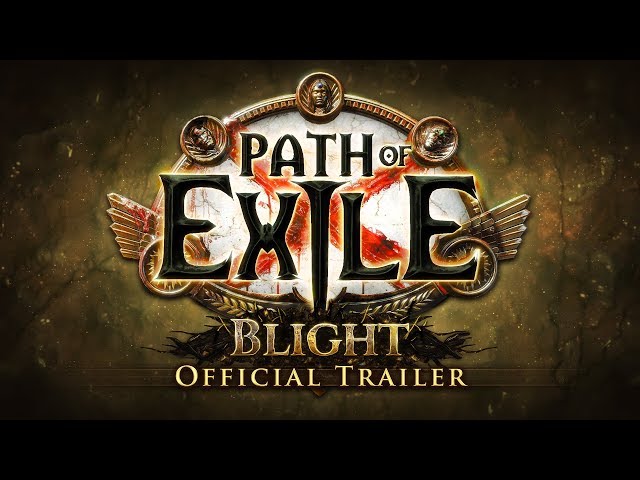 As you can see, it gets pretty hectic. In a few of these shots, I honestly can’t tell what’s going on – but it’s been a while since I’ve jumped into Path of Exile.

The Blight extends to Path of Exile’s endgame maps, and when you find these you’ll be able to take on even bigger Blight battles to chase even bigger rewards – Grinding Gears says the loot you can earn in these encounters is among the game’s most powerful rewards.

The September update, which arrived Friday, also makes some changes to a few character archetypes, including the necromancer, poison assassin, and mine saboteur.

For the full rundown on Path of Exile: Blight, head on over to the official site.