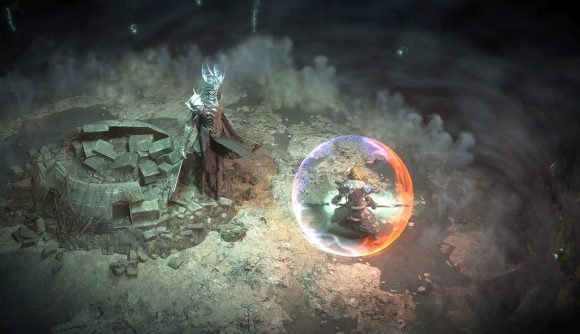 Path of Exile’s next big expansion has just been unveiled in a livestream with Grinding Gear Games’ co-founder Chris Wilson. Called the 3.15 update – or Expedition, if you’re all fancy-like – it’s a massive new content drop themed around a “group of Kalguurans who have set out on an expedition to investigate the fate of their ancestors and recover special ruined artifacts they left behind”. Alongside new characters to meet and things to do, it’ll add a new challenge league, make the game trickier overall, and shake up the game’s meta by adding gems – “lots and lots of new gems”.

As the action-RPG game’s fans know well, gems are essentially what give PoE’s characters their active skills and then allow players to augment these further. There are already hundreds in the game, across both the active and support gem types, but Grinding Gear Games is adding a ton more with the Expedition expansion.

“For quite a while now, the way we have approached new skills in Path of Exile expansions is to make a bunch of gems themed around an entirely new build or [by] dramatically augmenting a few existing builds,” Wilson says in the reveal of the new content. He cites the Blood skills from the previous Ultimatum expansion as a good example of this, and notes that, while this approach helps create intriguing new build options, it doesn’t necessarily have a wider-reaching effect across all characters.

“In order to achieve this big metagame shake-up, we came up with a crazy idea for the Expedition expansion: adding a gigantic pile of new gems at once, spread about among as many different playstyles as possible,” Wilson explains. “Each one of these gems can of course be used by many different classes, but we used the list of the 19 Ascendancy classes for inspiration when planning these gems.”

The idea with the new expansion is to give everyone new gems to try out and enhance their character’s playstyle with, regardless of the build they play. As you can see in the stream above, there’s a lot to say about the nineteen new gems, but one that caught my eye was the Explosive Concoction (Pathfinder) gem, which is a projectile that makes one heck of a bang. Wilson describes this as “quite a novel skill”, which folds in some totally new concepts to the game.

First up, it’s the first PoE skill that can – and has to be – used when unarmed, and it equally marks the first time a skill interacts with your flasks’ benefits directly. When lobbed at a targeted area, the Concoction dishes out fire damage and uses your Ruby, Sapphire and Topaz flasks’ charges to grant some bonuses. These depend on which of the flasks the charges were drawn from, though you can also use the skill without any charges available – you just won’t reach the heady highs of its power. 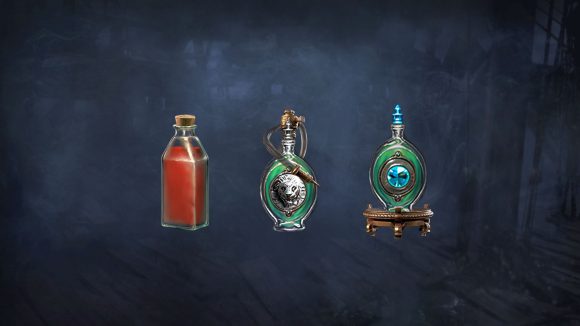 “What we really love about this gem is that it brings to life the idea of throwing your flasks at enemies and having them explode,” Wilson says. “In conjunction with the flask-focused benefits provided by the Pathfinder’s Ascendancy passive skills, we’re really excited to see what new playstyles are enabled by this gem.”

There are plenty, plenty more new gems to get a look at in the lengthy stream above, so do check it out if you’re keen for the full rundown. The dev also walks us through changes the studio’s making to PoE’s difficulty to help address its power creep since launch, the new challenge league content, and much more.

Expedition launches on July 23 on PC and MacOS.