Since launching Path of Exile back in 2013, Grinding Gear Games has settled into a subtle rhythm with regards to how it keeps the loot ’em up action RPG ticking over. Every three months the studio challenges Wraeclast’s dedicated monster hunters to best a new league and claim its loot. Once the pillaging is done, another league arrives and the cycle starts anew.

The nature of the challenges introduced by these leagues varies depending on what inspires Grinding Gear Games in that given moment. One of last year’s leagues, Delve, sends you barreling down a deep mine, clinging to a small light source on a cart that stops your health from vanishing. The inspiration behind that comes from an old flash game called Motherload, which sees you explore a significantly less perilous – or, indeed, loot laden – mine. Another league, called Bestiary, takes its cues from Pokémon and is a less frantic experience about capturing monsters.

Much like Breach, Legion also centres on players stumbling across portals and slaying foes in a parallel realm. The way Legion differs, however, is in the way it plays on your desire to horde as much loot as possible. There are five different regions, and each has a monolith that’ll send you to a different dimension. When you arrive, you’ll find two armies locked in conflict but suspended in time. It’s up to you to decide how many of them you want to untether from the Domain of Timeless Conflict, but your thirst for loot can easily lead your sensibilities awry.

“Mechanically, we knew that we wanted to create something like a super-version of Breach,” Wilson recalls. “We wanted something that had encounters of that size and scale, we wanted to give users even more agency in those encounters, and, basically, the same type of rewards they were getting in Breach but amped up even further. And so, once we knew that we wanted something to work like that mechanically, having the theme of covering the various armies of Wraeclast was perfect for it because it lets us explore some of Path of Exile’s iconic characters.” 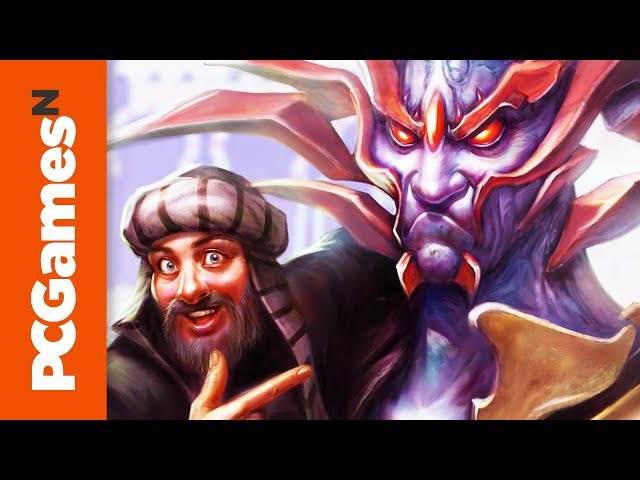 One of the greater challenges Wilson faces with Path of Exile, however, is maintaining the rhythm of a 13-week content cycle while keeping his employee’s health in mind. As Wilson recently spoke out against the practice of crunch that’s rampant in the industry, I ask him how Grinding Gear Games maintains that balance.

As far as I'm aware in Legion, we haven't had an hour of overtime work done by the team

“With Legion, we’ve tried very hard to make sure to have an early prototype ready of the content so we can lock in what we’re going for, and make sure that all the fundamental design things are really solid early on in the process,” Wilson explains. “That means that right now it’s just a matter of putting the finishing touches on it, rather than scurrying to get gameplay to feel fun. And so far, as far as I’m aware in Legion, we haven’t had an hour of overtime work done by the team. This has certainly been relaxed from a work/life balance point of view, and that’s something we’re very proud of and hope to emulate with future content cycles.”

Another disruption to Path of Exile’s flow of content is the teased 4.0.0 mega expansion, as Grinding Gear will have to find a way to slot it into the game’s content cycle when it’s ready. While details are currently thin, it’s clear that Wilson has a great deal of confidence in it. 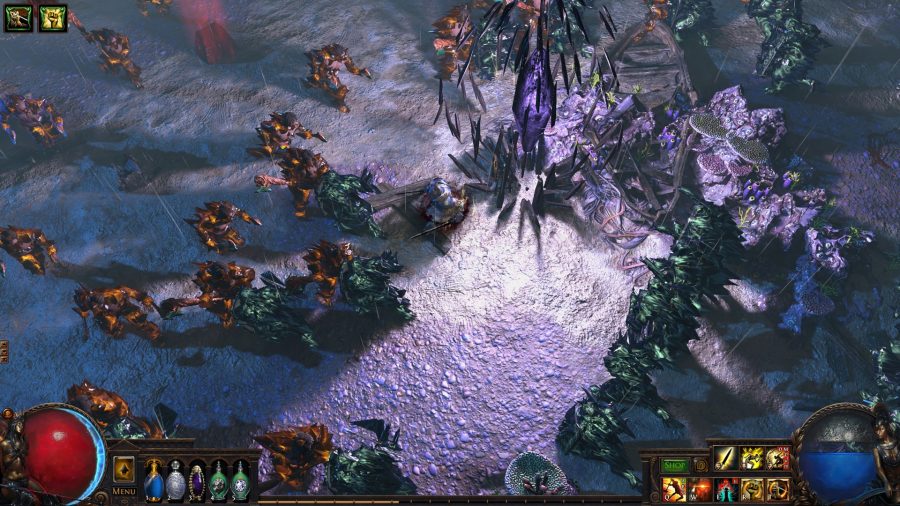 “The goal of Exilecon, basically, aside from having the chance to meet the fans, hang out with them for a couple of days, and show them some cool stuff, is that we’re going to be announcing both our 3.9.0 expansion, which is our December expansion, and our 4.0.0 mega expansion,” Wilson says. “That 4.0.0 expansion is our version that is going to take on Diablo 4, as far as we’re concerned. It’s the next generation of action-RPGs and represents a really big upgrade to Path of Exile. And so, we’ll be teasing that at Exilecon, and players will get some hands-on time with a very early build of it, which should be really exciting.”

As to when we can expect the mega expansion to release, Wilson wagers it’s at least a year and a half away. What’s important, however, is that Grinding Gear won’t disrupt their creative rhythm with crunch as a means to meet any release date.

Voluntary exile: the best upcoming PC games to watch out for

“Well, the mega expansion is quite easy, because if it’s not ready, then we don’t release it,” Wilson asserts. “We have a deadline to show it to people at ExileCon, but if the main expansions take up most of our time and we can’t get work done on the mega expansion, that defers its release date into the future. So there are no particular concerns with that one.”