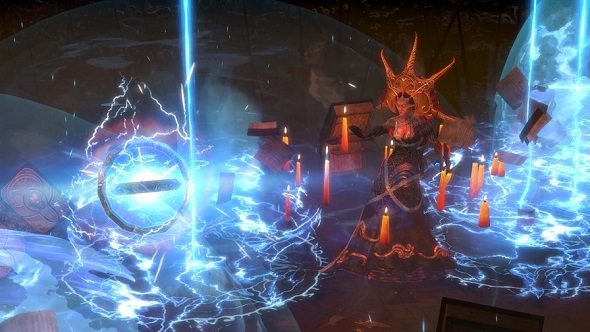 Following the release of version 2.6.0 for Path of Exile, Grinding Gear Games have recorded its most successful content launch, with a 40% player increase upon the last content update for their competitive action RPG. According to figures released by Grinding Gear Games, Path of Exile achieved a peak player count of 112,800 on the release of 2.6.0, with it reaching third of Steam’s list of active games.

Here’s everything we know about Path of Exile’s upcoming “The Fall of Oriath” expansion.

On Steam, Path of Exile reached 68,000 concurrent players on March 3, trailing just behind CS:GO and Dota 2 on the leaderboard. The actual update added legacy challenge leagues, where players can run through old leagues to gain unique items which were previously out of circulation. Players can equip up to three leaguestones, giving players the opportunity to run through super-charged versions of old leagues for even better loot.

Version 2.6.0 also added the new Solo Self-Found (SSF) mode, which stops players from trading or partying up with others. This previously self-imposed challenge is now part of Path of Exile, with players being able to toggle it on and off when you create a character. You can convert a SSF character into a regular one, but this is a one-way process which cannot be reverted.

This update is the culmination of continued three month content updates for Path of Exile, which has seen player growth with every passing update. The Legacy patch saw a 40% player increase on December’s update, which had previously seen a 34% player increase since September’s update. Overall, Path of Exile’s player base has doubled in the past nine months, according to Grinding Gear Games.

This continued player growth is a good sign, seeing as Path of Exile is getting a sizeable six act expansion with the release of “The Fall of Oriath” this summer. If you are looking to join in on the action, Path of Exile is free to play.