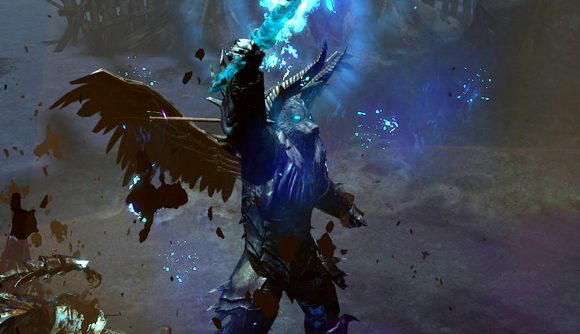 Popular action-RPG Path of Exile is one of the best free-to-play games on PC and yesterday it just beat its concurrent player count record – giving the RPG its highest player count since its release back in 2013, which seems to be primarily thanks to the launch of new expansion Siege of the Atlas.

Path of Exile released around nine years ago in 2013 – although it had betas before that – where it hit a concurrent player count of around 32,000 players and stuck around that as its record for several years. Around 2017 came the huge Fall of Oriath expansion alongside new Leagues, and Path of Exile has regularly been pushing its player count up ever since.

Yesterday, February 4, brought the release of the latest expansion Siege of the Atlas, and with it came a fresh surge in players – so many, in fact, that it broke Path of Exile’s all-time concurrent player count on Steam after nearly ten years going.

The record now stands at 158,882 players, beating the previous count from January 2021 of 157,103. Developer Grinding Gear Games took to Twitter to announce the new record – which it entirely attributes to Siege of the Atlas – and thank all the game’s players for their support, which was nice of them.

✨We have officially reached a new record! ✨

There are more players currently playing Path of Exile: Siege of the Atlas right now compared to any time in Path of Exile's 10 year history. 🚀

Thank you so much for your support. pic.twitter.com/ISaeXhPX6e

All of which is great as this might have actually been Path of Exile’s last chance to beat the player count record since Path of Exile 2 is currently down to release later this year.