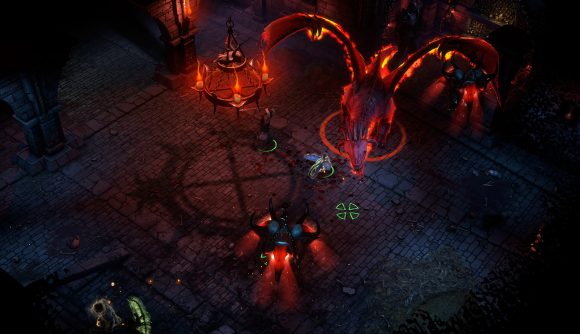 This initial beta includes the prologue and three subsequent chapters that are content-complete – Owlcat says all the quests, companion storylines, and even a few romantic opportunities are all in this build. The fourth chapter still contains some placeholder assets and is missing some side quests, but it’s in a playable form in the beta.

The beta also includes six of nine planned Mythic Paths to play through. You’ll be able to choose from Angel, Azata, Lich, Demon, Aeon, and Trickster, and each of these paths has an impact on Wrath of the Righteous’ storyline while also granting incredibly powerful spells and abilities to wield on the battlefield. You can see a few of those in action in the new combat trailer below. 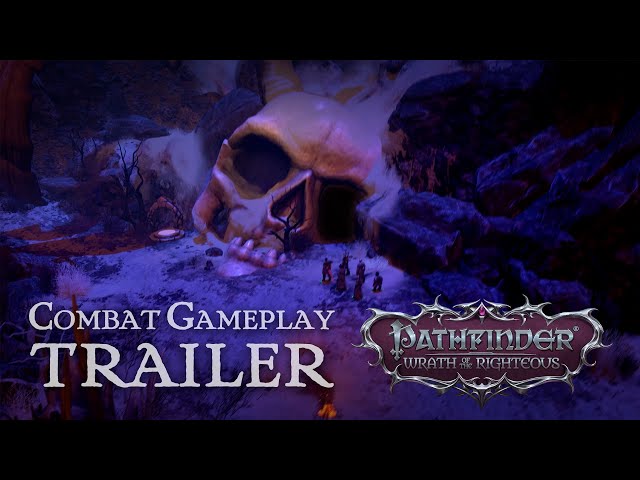 Combat comes in to flavours in the beta: there’s turn-based (which will be familiar to players of Pathfinder: Kingmaker) real-time with pause, which is more in line with the classic Baldur’s Gate games.

Owlcat says backers are welcome to play and stream the game, but they will encounter a pop-up screen when they begin chapter four that tells them not to stream the unfinished portion of the beta.

On February 5, Pathfinder: Wrath of the Righteous will hold a community-driven live event called “Choose Your Own Story,” in which Twitch viewers will be able to vote on key decisions during five critical events during The Crusade. If you watch on Steam, you’ll be able to interact with the broadcast with buttons and by moving virtual Paladin or Lich avatars, and the final outcome of the story will be determined by which of these figures crosses the finish line first.

You can find out more about the event at Owlcat’s official site. The next beta build of Pathfinder: Wrath of the Righteous is due in the spring, with the full launch expected this summer.