Owlcat Games recently announced a follow-up game to its 2018 isometric RPG Pathfinder: Kingmaker. Titled Pathfinder: Wrath of the Righteous, the game is, like its predecessor, based on one of the tabletop game’s existing Adventure Paths. While we already know it’ll offer “a full spectrum” of options – good, bad, and somewhere in the middle – to players, until now it wasn’t clear just how much this sense of nuance gets to the heart of WotR – but the studio has now revealed the game’s central philosophy will be all about the “price of power”.

In an interview and hands-on look at the game with PCGamesN, head of Owlcat Games Oleg Shpilchevskiy tells us about the new approach the studio’s taking in how it presents decision-making to players – and it sounds like there will be some really tricky choices to make this time around. In addition to the other two core elements Owlcat wants to bring to the game – a more epic story and new mechanical aspects to the gameplay – Shpilchevskiy says there will now be a lot more nuance between what’s good and bad – “grey zones”.

“We’d like to explore what are called ‘grey zones’ – it’s not white and black as usual. You need to make hard decisions which do not always have good benefits or outcomes” – sometimes, it seems, they can have unforeseen negative or somewhat unclear ones, too.

“We wanted to explore this theme in detail, and WotR gives us the opportunity to fulfil all those requirements”, he says, touching upon the new game’s plot which sees you take on hordes of demons flooding in from the Worldwound, dealing destruction and death upon the world. It might seem like a simple case of good versus evil, but that’s not so.

“There are a lot of nuances in the story like, paladins who might be corrupted, or might betray their friends, or demons that actually don’t want to destroy the world but somehow help people to stop the battle. So there are lots of so-called grey zones”. 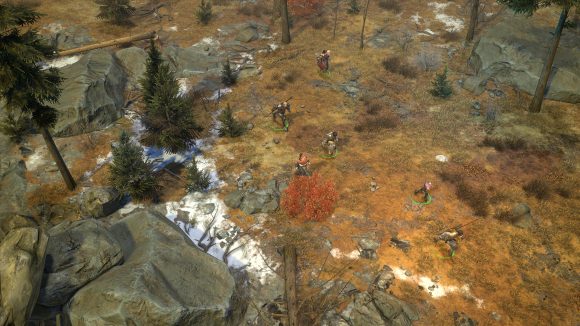 Shpilchevskiy explains that Paizo Publishing – creator of the tabletop series and Pathfinder owner – was a big help in letting the studio move forward with this idea. “Paizo is a great partner. They were very open-minded. If we came up with some new ideas, some new content to fulfil the framework, they are always open to discuss it, which gives a lot of creative freedom”.

For example, he says, “initially this adventure pass was about good side (paladins) working with the bad side (demons) – mostly. So you can play only as the good aligned characters. And we suggested, let’s have the ability play as the bad guys. Bad guys still may want to fight demons, and still might want to save the world – but for their reasons.” To protect their own interests? we ask, to which he replies: “Yes, yeah – for example”.

“So, it was unusual for them but they were really open to discuss it, and say ‘Ok, let’s try. Let’s see what it might give us as a new adventure'”.

Later, he explains: “Besides the ‘epicness’, we will like the opportunity to explore a more dark tone with our new game. The first one was a more classical RPG, like you were the head of a mercenary group, you claim your untamed lands, you build your kingdom, develop it, and prepare yourself for a final battle.” 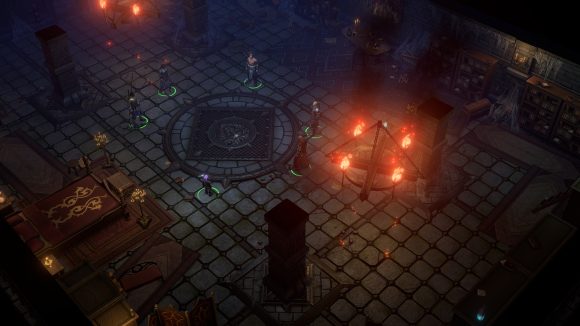 This game, however, is “about the dark age of this world because for the past 100 years, people slowly retreated in before the demon’s lord and demon’s hordes, and everybody understands – it is now or never. You can save this world and fight it back.”

“The setting itself is quite dark and all of the decisions the player makes when progressing through the game have a lot of nuances, a lot of grey zones, because it’s always a question of – what you might do to fight the battle. Is it enough, or is it ok to sacrifice some people to save hundreds – or thousands – of other lives? Or maybe millions – where are the red lines? Are there any red lines?” 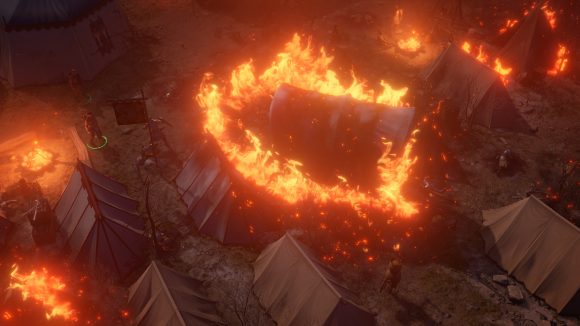 Hinging on upon making some “hard decisions” with consequences to your choices that might not become apparent until ten afters after making them, the game’s philosophy is simple but powerful: what is the “price of power”? “Our game […] has some philosophical meaning, some core idea you want to tell people. Our core idea is about the “price of power.”

The studio head explains: “By that I mean what you will do to get the power to battle in the final struggle. Will you sacrifice a couple of your friends or a couple of your companions or citizens for something? For the great victory – or not? There are a lot of such questions.”

Sounds like players will have plenty to ponder over when the RPG game’s release date rolls around – though there’s no news on when that might be just yet. It hits Kickstarter later today (January 4) at 08:00 PST / 11:00 EST / 16:00 GMT, at which point we’ll hopefully get a look at some gameplay.

You can check out our Pathfinder: Wrath of the Righteous interview ahead of then, too, if you’re keen to hear more.