If your taste in games veers towards the outright bizarre there’s a good chance you’ll have played Pathologic, a 2005 Russian survival game heavy with Lynchian atmosphere and literary intrigue. While lauded in its home country and by a small collective of fans, the game has never managed to be more than a great story enjoyed by the devoted few. But developers Ice-Pick Lodge are looking to change that with their new project: a complete remake of Pathologic.

Explore the wild side of PC gaming with these fantastic indie games.

There’s a heavily shared visual language in videogames that stems from the medium’s influences. These can, largely, be traced back to a small handful of films: Aliens, The Lord of the Rings, and Blade Runner. They’re the major players. When games arrive that don’t follow the broad visual strokes of those influences they tend to stick out.

Pathologic is certainly one of those games. While Ice-Pick Lodge offer David Lynch as a point of comparison for their sense of atmosphere, Twin Peaks and Mulholland Drive are not direct influences on Pathologic. Instead, the narrative beats and visual dread are drawn from classic literature and theatre.

“When we first released the game in 2005, lots of people praised it for its originality,” explains Nikolay Dybowski, CEO of Ice-Pick Lodge. “I think this is because my background is in theater, and I included a lot from theatrical performances in this game.” He certainly carries a theatrical air about him; tall with intense, pale eyes that look past you into the middle-distance, as if addressing an audience rather than a single interviewer.

“I wanted to make a piece of art, because being a theatrical guy I was brought up on Shakespeare, Ibsen, and Chekhov,” he says of the original game. “I wanted to make something special. And now we’re making not a remake but a total revision. It’s the same play, but a different director. The director is still Ice-Pick Lodge, but it’s a different Ice-Pick Lodge because we became older, wiser, and more experienced. The first attempt was a childish attempt to tell the story. But we’re mature now.”

I’ve never spoken to quite as grand a character in the games industry before; the experience is akin to discussion with a thespian rather than developer. The story of his game’s production and history is appropriately grand, too. Pathologic didn’t start out as a videogame. Instead the game’s setting began life as a pen-and-paper RPG, which Dybowski refused to let go of when the campaign ended. Looking to expand it into new realms, he turned to his craft: theatre. A play was written, although it never hit the stage. Instead, it became a survival game that cast players in the starring roles. 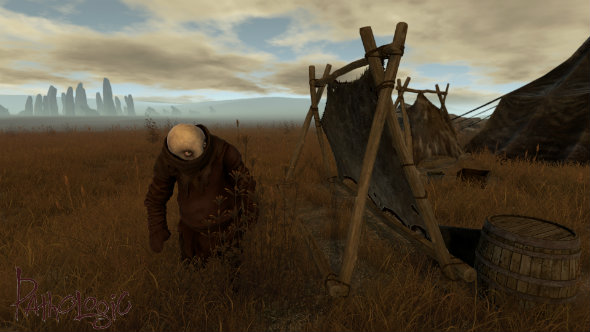 Those roles are the Bachelor, the Haruspex, and the Changeling; three healers who arrive in a small town that has fallen victim to the ‘Sand Plague’. As medical experts, the game tasks them with finding a cure for the disease, although personal survival is the prevailing objective. Hunger, thirst, and exhaustion must all be monitored, but unlike the most popular survival games, Pathologic also has a fully developed narrative to tell, which unfolds over twelve days.

“Each character has a completely different storyline within the borders of these twelve days,” reveals producer Ivan Slovtsov. “It’s three perspectives of the same story, so to unravel all the mysteries and have a chance of understanding it all, you have to complete it with all three characters.”

All three protagonists exist in the world simultaneously, so the two you reject at the selection screen become key NPC actors in the play. They join a cast of strange, disturbing characters who I can only describe as a combination of downtrodden plague victims and creatures from Pan’s Labyrinth decoded through a Russian translator. The atmosphere of the small town in which the entire game takes place is unsettling to the point where it can become genuinely upsetting.

Slovtsov describes one of the three lead actors: “Changeling’s story begins with her waking up in a grave. She doesn’t remember where she came from. Quickly enough she realises she has powers to heal people with her hands. It doesn’t work everytime, and sometimes she can even kill people.” 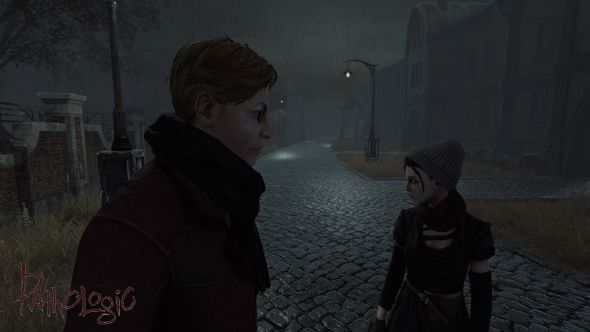 She’s the more outlandish of the three; the Bachelor is a doctor, while the Haruspex is a surgeon who originally hails from this cursed town. But whoever you play, you’ll need to be constantly mindful that the game plays you as much as you play it.

“This game is designed to trick you,” reveals Dybowski. “The disease is the main opponent of your protagonist, but the game itself is really your main antagonist. From time to time the game says ‘Are you sure you still haven’t changed? Are you playing this game, or some other game? Where are you?’ and so on and so forth. There is a high level of reflection.”

It’s astonishingly meta, and that’s reflected in so many design choices. For example, when you die and respawn in the game, NPC characters recognise that you’re not quite as alive as you used to be. “Are you alright? Something doesn’t seem right,” they’ll comment (albeit in a far more Shakespearean form).

The game progresses in its own real-time, so as the twelve days go by it’s important to spend every moment investigating. The more you converse with the locals, the more they’ll reveal of the area’s past. “This is a unique city, because the people tried to make something special out of it, to build a utopia,” says Dybowski. “It’s a paraphrase of a Babylon Tower story. They succeed, they built this Babylon Tower, and then five years later this calamity befalls the city. It is a sort of exam: are these people are really ready for reaching the sky?” 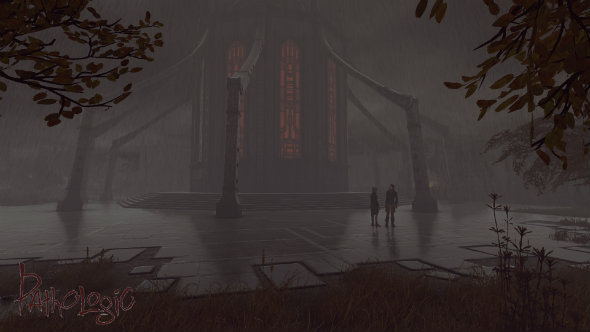 On your journey to reach such a conclusion, you’ll have to confront the Sand Plague itself. “There is something strange about the plague, because it seems like it has a will,” Dybowski says. “It’s a creature, and it tries to talk to you. It manipulates you, and you must communicate with the disease to understand it. Each healer finds their own answer as to what the disease is, what are its origins, and why it hit this city, because that’s important.”

As the plague begins to affect the town, raven-headed Executors turn up. Visit a dying victim and you can be sure that when you turn around, one of these beastly figures will have appeared. They work as a constant reminder of the city’s spiralling decay, but are also there as the play’s stage hands; carefully offering just the lightest touch of direction to your actions.

Offer your medical services to the town and you’ll be putting yourself in the path of the Sand Plague itself. But risking contamination is the only way to both help the city and discover its many locked secrets. Contracting the plague requires you to treat yourself using a variety of medications, but each has side effects that could make you sicker. Staying alive is a more complicated balancing act than just keeping an ‘infection’ meter topped up. 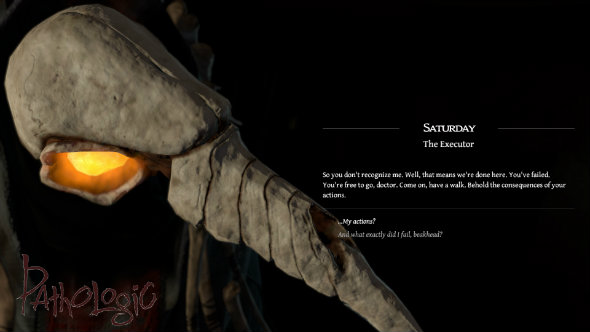 Few other games are as truly fascinating as Pathologic, but it’s understandable why the original game barely managed to grasp an audience. Rough to the point of being broken and suffering from an abysmal English translation that saw much of the game’s theatrical flair extinguished in the process, it seems hard to recommend that anyone seeks it out. But the revival project has far higher aims. The translation will be handled with significant care. The game itself will be more honed. And far prettier graphics will certainly play a part, too.

By its very nature Pathologic is destined to only have a small following. And while I don’t expect to see the world lit on fire by this remake, I hope its creation will be enough to delight fans. It’s not often you get to see a cult classic remade by the original director, after all.

Pathologic is due 2017. For the most curious, a HD remaster of the original is available on Steam.