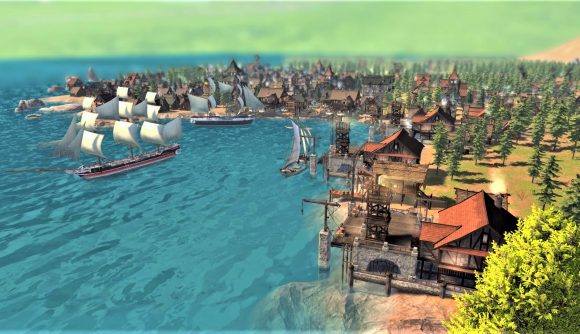 Patron is an upcoming city-building game that puts a nifty new spin on how social dynamics work that’s due to come to Steam in just over a week. Previously showcased with a demo at this year’s Steam Next Fest, the game meshes the staples of the city builder genre with a “unique social dynamics system” that means you’ll need to be very finely attuned to the whims and wants of your settlement’s people.

As a survival city builder, Patron will see you gather and produce resources to create your town and then build it up to make it the best, most prosperous town it can be. Set in a new land rich with goodies to gather, the game gets you to construct your settlement’s buildings – homes, farms, production plants, manufacturing bases, and “dozens of other[s]” – to house your people and get ’em harvesting and producing.

Where Patron’s own twist comes in is in how you balance the delicate social issues that will arise from those people’s own distinct perspectives, needs, and desires, which can come into conflict with the decisions and actions you make as you go.

“Every decision you make as Patron will be met with different reactions from different social groups,” developer Overseer Games explains on the game’s Steam page. “You’ll need real political talent to balance sensitive matters as religion, immigration, loyalty, poverty… Whatever you choose to do can lead to unforeseen consequences years later.” Gulp.

Build your village and watch it grow into a prosperous city 🏙️

Are you interested yet? Then play the DEMO of Patron now 🙌

So, while making decisions that are popular with larger segments of your settlers can make for a happy and prosperous city, the reverse is also true. With surprise threats – like fire and other “unexpected tragedies” – always a possibility, keeping your people happy so that they can work efficiently and get your city fortified against harsh weather and problems that might come its way will be vital. Overseer notes that, while happiness is a feature widely seen in the genre, in Patron it’s “a complete gameplay system in its own right”.

In the game, you’ll also need to keep up with advancements and a changing world at the right pace, with this element playing out through an “extensive” research tree. Plus, to help keep your people happy – and to just make your city really appealing – you’ll need to create beautification points to get it looking spiffy. 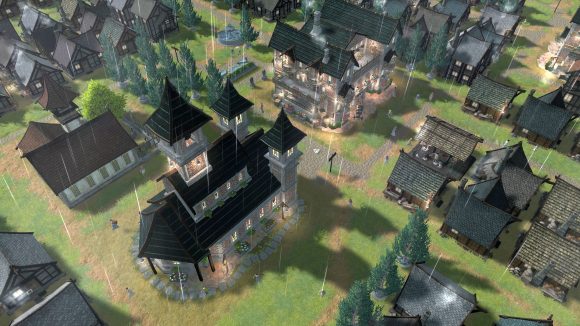 The Patron release date is August 10, so you’ll have something new to dip into very soon if you fancy giving it a go. You can find the game’s Steam page and GOG page at those links if you’d like to try the demo beforehand.