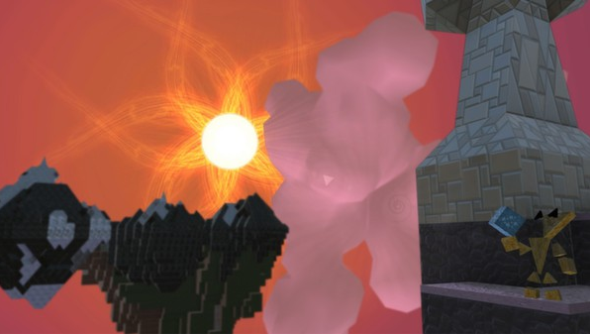 Linden Lab, creator of Second Life, has abandoned development of Minecraft-alike Patterns, leaving the game in the limbo of Early Access. They told Steam users that “we have ceased development for Patterns, and we will be no longer offering the game for sale.”

“Recently, Linden Lab announced that we are working on an ambitious project to create the next-generation virtual world, while we continue to improve Second Life and grow Blocksworld,” the team wrote on Steam. “As we focus on these priorities, we have ceased development for Patterns, and we will be no longer offering the game for sale.”

While “extremely grateful” to the players who bought an Early Access copy of Patterns, features relying on server connections, such as world-sharing are going to be turned off and the there will be no future updates. The offline content released so far will still be playable, however.

“Patterns had early promise,” the team say. “And while Linden Lab focuses our efforts on our other offerings, we are still evaluating the future of the Patterns technology.”

Patterns players are angry at the sudden announcement. There’d been no updates to the game since May but there had been nothing written to suggest the team would take the money and run.

Linden Lab abandoned Patterns to work on a next-generation virtual world which they say will be “an incredible experience and enable stunningly high-quality creativity that’s easily accessible across multiple platforms.”

The new world will not be be completely compatible with Second Life but you will be able to transport some elements between the two games. Such as “existing Second Life users, including users’ Linden Dollar balances, identities, and social connections” and “more modern content from Second Life, such as meshes, will also be transferrable to the new platform, but the specific details of compatibility will be addressed as development progresses.”