Microsoft co-founder and business magnate Paul Allen has passed away at 65. Allen was instrumental in the founding of Microsoft alongside fellow co-founder Bill Gates, even offering up the name ‘Micro-Soft’ in the company’s early days. He later went on to found Vulkan Inc. in Seattle, a company dedicated to Allen’s investment portfolio, management, and philanthropic ventures.

Allen died from non-Hodgkin lymphoma in his hometown of Seattle. Allen was ranked as one of the world’s wealthiest individuals, ranking 44th in the Forbes 2018 list. Co-founder Gates also ranks high on the list. Both were brought into the world’s spotlight following the creation of one of the largest, and most pivotal, tech companies in the world: Microsoft.

“I am heartbroken by the passing of one of my oldest and dearest friends, Paul Allen,” a statement by Gates says. “From our early days together at Lakeside School, through our partnership in the creation of Microsoft, to some of our joint philanthropic projects over the years, Paul was a true partner and dear friend. Personal computing would not have existed without him.”

Allen and Gates founded Microsoft in 1975. The company, based in Albuquerque, was focused on utilising both founders skills in programming, later going on to create widely-successful operating systems. The two found major success with MS-DOS, an OS built for use with the x86 instruction set, and, specifically, Intel’s 8086 processor found within IBM PCs. 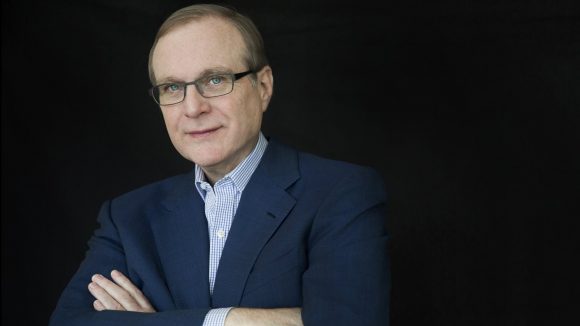 Allen’s family and friends have praised his contributions both to driving forward the technology industry and to philanthropic ventures – amounting to $2 billion in donations over his lifetime. Allen founded Vulcan Inc., the Allen Institute, the Allen Institute for Artificial Intelligence, and Stratolaunch systems – a spaceplane project hoping for commercial launch by 2020.

Other familiar names and faces from across the globe have joined in sharing their condolences for Allen’s death, including Apple CEO Tim Cook, and Amazon CEO Jeff Bezos.

Our industry has lost a pioneer and our world has lost a force for good. We send our deepest condolences to Paul’s friends, the Allen family and everyone at Microsoft.

Very sad to hear of Paul Allen’s passing. His passion for invention and pushing forward inspired so many. He was relentless to the end. My heart goes out to Paul’s family and friends.

“My brother was a remarkable individual on every level,” Allen’s sister, Jody Allen, says. “While most knew Paul Allen as a technologist and philanthropist, for us he was a much loved brother and uncle, and an exceptional friend.”

In 2010, Allen pledged the majority of his fortune, amounting to billions of dollars, to further philanthropic pursuits after his death.