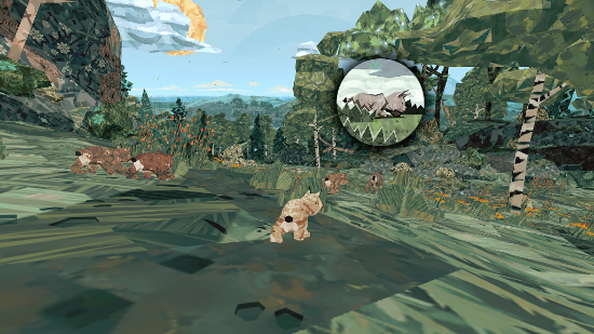 Amid a slew of action games casting us in parental roles, Shelter hit the hardest by adopting the cutest coating – making us mother badger and forcing us to witness the worst happening to our cubs. A sequel swapped out badger for lynx, and this follow-up inverts the formula. We’re now a cub trying to find its way back to its mum. Loss is a theme again, but so is friendship.

Want a double-helping of harrowing? Try one of the best zombie games on PC.

Here’s the latest trailer, although you’d better ignore the ‘Out Now’ at the close – Paws doesn’t show up on Steam til tomorrow.

The verdict’s still out on the verse. But the quilt-like art style is lovely as ever, and there’s a wide-eyed feel to proceedings – lent by a perspective so close to the ground. There’s a new track-sensing ability, too.

Paws has been developed for Windows and Mac. Buy the expanded Pitter Patter edition and you’ll also get the soundtrack, composed by the returning Retro Family, plus a Shelter-themed interactive book named The Lonesome Fog. Think you might?