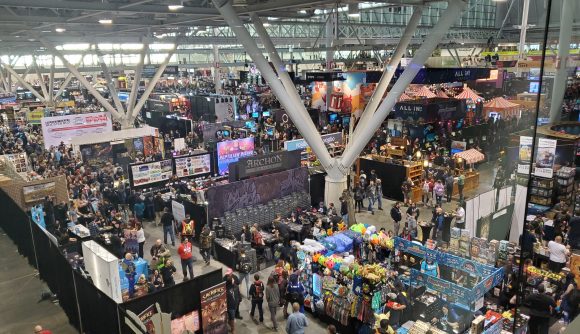 To no one’s tremendous surprise at this point, PAX West and PAX Australia have been cancelled this year. As a replacement for the physical expos in Seattle and Melbourne, PAX is holding a virtual event this year called PAX Online. The nine-day event will feature panels, game reveals, developer Q&A sessions and more, and the best part is that it’s free to attend.

Penny Arcade is working with events organiser ReedPOP to “translate their creative vision into an accessible new format,” according to a release from PAX. The online event will run Sept. 12-20, with content available 24 hours a day during the festival. As with the on-site version of PAX, PAX Online will be an opportunity to get hands-on time with new demos, check out new indie games, and (virtually) meet some of the developers behind your favourite titles. The online event is also getting support from EGX, the UK’s largest gaming event.

“PAX has always been a community first, from the attendees, panelists, exhibitors, to the incredible Enforcers who keep PAX going all year,” said Jerry Holkins, the writer behind Penny Arcade and a PAX co-founder. “Even if we can’t all meet in Seattle or Melbourne this year, we look forward to reconnecting with our friends and welcoming everyone to our new home, PAX Online. Technically, you’re already there.”

PAX Online organisers say they’re planning on having three channels of non-stop streaming content running through the entirety of the event, and they’re working on a way to replicate the feel of the expo hall by allowing online attendees to download demos from participating exhibitors.

You can find out more over at the official PAX site. Oh and don’t worry – if you’re a big merch fan, you’ll still be able to order special 2020 PAX gear from the official store. There’s additional info on the site for anyone who wants to submit a panel idea or for indie developers who want to take part in the event.