Father Christmas was, of course, the original home invader. Slipping down the chimney with a giant sack, tell me that’s not suspicious. Sure, the stories have it that he left gifts but those sound like the words of someone under threat of a repeat visit from ol’ Saint Nick.

Tapping into that spirit of theft, Overkill are releasing a new heist for Payday 2 on 16 December. Charlie Santa will be free to all owners.

Charlie Santa can be played in two forms. It’s quick and easy method has you breaking into the bank and getting vault key cards off two of the employees. You crack the vault, nab the cash, and make it to your getaway vehicle.

The tougher of the two missions sees you breaking into the bank, subduing the staff and customers, receiving an airdrop of a lift cage. You have to assemble the cage, load it with loot, and then have it all taken away via sky hook. It sounds fiddly, dangerous, and like quite a cool mission. It’s a little like that scene from Batman, except replace the businessman with a lift cage:

The new heist is out on Monday, 16 December. It’s free to all owners of the game and it comes with a sleigh-full of achievements. 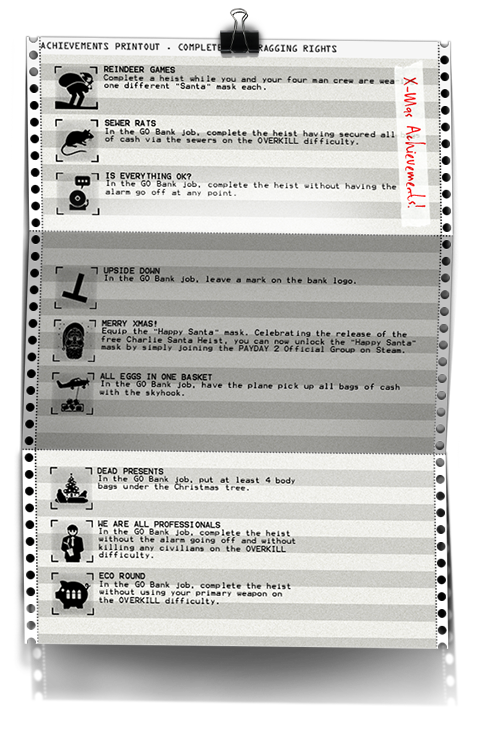