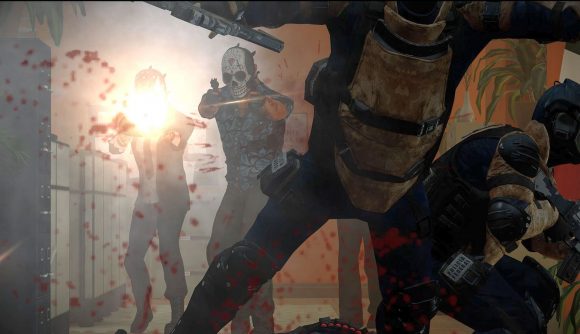 The next chapter in the Payday 2 Silk Road campaign has landed. Titled Family Matters, the FPS game’s DLC update brings a new heist, weapon pack, weapon colour pack, and some super handy new features – inventory screen chatter and a chance to “freely pick and choose what gloves you wear” with each outfit, in fact.

“As the sun beams down over Mexico,” developer Overkill announces, “our heisters load their rifles, polish their armours, and reline their masks. Something is about to go down.” That something is the crime game’s new Breakfast in Tijuana heist, which can be tackled both stealthily and loudly, and sees the Payday gang tackle a Federales station at dawn to break out one its allies, Vlad’s brother-in-law Hajrudin. He was captured in the wake of the previous San Martín heist and needs freeing.

The heist costs £5.19 / $6.99, and features “a variety of pre-planning options, allowing players to customise their approach”. In addition, the Fugitive Weapon Pack adds four new options – the Holt 9 mm pistol (plus Akimbo variant), M60 light machine gun, and R700 sniper rifle – to pick from, along with a bunch of mods. 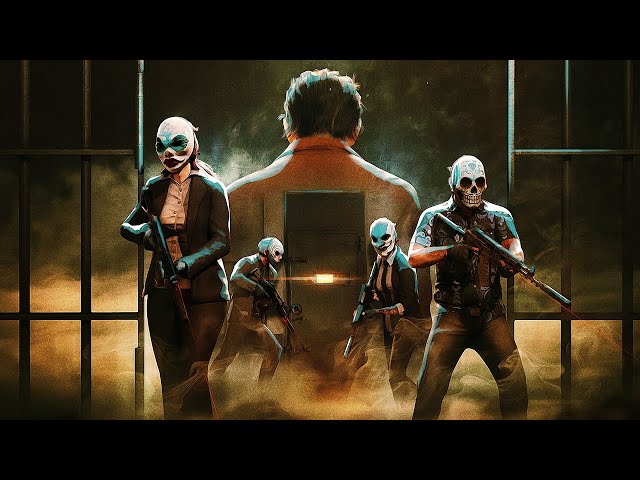 As well as the above, however, the new update also introduces glove selection to Payday 2, which means – like all of your snazzy ensembles – you can pick out your preferred handwear in the inventory screen. Oh, and there are five free new gloves to pick from with the update, too.

According to the co-op game’s latest changelog posted on Steam, the dev’s now added chat to the inventory screen, too. Sweet.

The third chapter in Payday 2’s Silk Road campaign, Family Matters, is available right now, so go get stuck in and adorning those paws.