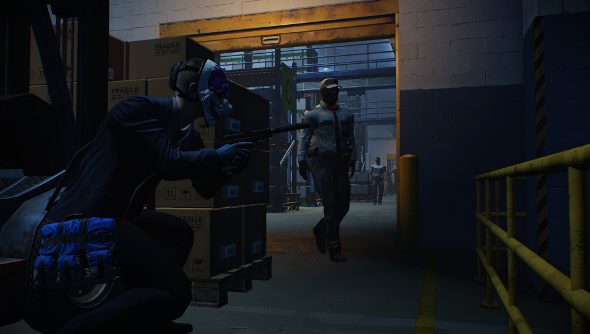 There’s a lot of good news swimming around for Payday fans today, but one nugget might go unnoticed. In the official press release for the purchase of the franchise from previous publishers 505 Games, Starbreeze make direct reference to Payday 3. Not only that, but the existence of the game – and presumed current development – is a part of their future financial plans.

Another one for the ever-growing list of upcoming PC games.

In buying back the franchise, all revenues of currently existing games, most notably Payday 2, are heading towards Starbreeze. A split will continue for the console version, which is still being published by 505, but the juiciest morsel is that an agreement has been made regarding future sales of Payday 3.

“505 Games will retain a 33% revenue share of Starbreeze’s net revenues from future sales of PAYDAY 3 capped at $40 million, and after Starbreeze has fully recouped its development and marketing costs” reads the announcement

It goes on to say that Starbreeze believe their $30 million investment in the franchise will be “matched by corresponding revenues on the Payday franchise until such time Payday 3 is released in the future.”

This resolves to a fairly solid confirmation that Payday 3 is on the horizon. Mixed with the news that Payday 2 will be getting further updates for another 18 months, late 2017/early 2018 would seem the most likely release window. A contract will have been signed with 505 confirming that the intention is to make a Payday 3, and 505 won’t have accepted that deal without knowing it was likely to make the $120 million it would need to for them to max the deal out. Meanwhile Starbreeze are clearly betting on it taking up the slack of sales once Payday 2 has run its course.

When will we hear more? E3 this year seems out, as a Payday 2 teaser has already been released for that show, and we’re quite a way from possible release yet. Chances are we won’t hear more until this time next year, with Overkill and Starbreeze focusing on updates until then.