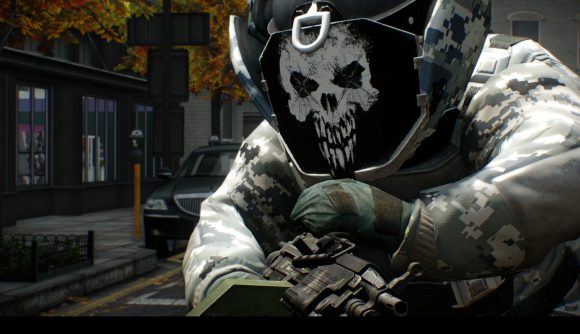 We have a small update on Payday 3, and it’s good news. Developer Starbreeze has announced the crime game is being built in the Unreal Engine, and the design phase is still happening.

The news comes from the official Payday Twitter account, with three bullet-points on the multiplayer game threequel. The project is currently in the design phase, no release date just yet, and the Unreal Engine is being used to make it. That last point is quite significant, as both 2011’s Payday: The Heist and 2013’s Payday 2 used the Diesel Engine, so creative liberties are afoot for the long-awaited followup.

Starbreeze has had a long and perilous road to now with Payday 3. First announced in 2016 after Starbreeze bought the series from previous developer Overkill, the studio doubled down on the property as its “most important brand”. Then 2018’s Overkill’s The Walking Dead happened, causing the floor to fall out on Starbreeze’s finances, leading to a company restructuring. At the tail end of 2019, the company seemed to be regrouping, stating the plan was for Payday 3 to come out sometime between 2022 and 2023, and this certainly doesn’t deviate from that.

When Starbreeze was looking for more funding this summer to finish development during to COVID-19-related complications, 30% of the prospective $26 million was to square away debts. So, this might be a subtle declaration that the road to another Payday is finally completely clear.

Watch this space for more on a Payday 3 release window. In the meantime, we have the best sandbox games, best hacking games, and, er, best rat games, for your playing pleasure.