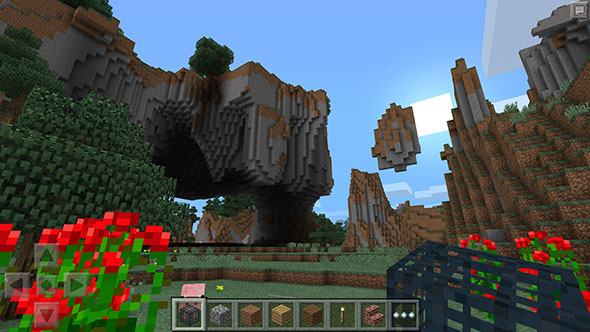 This is a sponsored post courtesy of our commercial partners.

Amazon’s Digital Day takes place on December 30th, and for one day only, you’ll find over a thousand deals of up to 50% off your favorite mobile games, apps, TV shows, movies and music. Amazon is also offering Dollar Deals where you’ll find awesome mobile games, songs, eBooks, and more for under a $1.

Below you’ll find seven excellent PC games that have found their way – largely unaltered – into the palms of our hand. All these eclectic experiences can be found on Android, and picked up – in some cases for free – in the Amazon App Store. 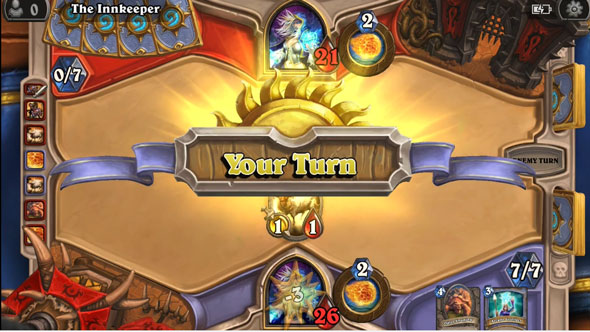 If a description of Hearthstone as one of the most fast-paced, compelling card games of recent years doesn’t convince you that this is a Must Have, then surely all that needs to be said is that it’s made by Blizzard – developer of All Things Addictive like Overwatch, World of Warcraft and Diablo III.

The Android version is not some watered-down twaddle either. It’s the full version of the game, capturing all the joys of out-manoeuvring your opponent in flowing battles of untold card combinations and strategic depth. It also syncs up with your Battle.net account to let you seamlessly move your card collection and progress between PC and mobile. 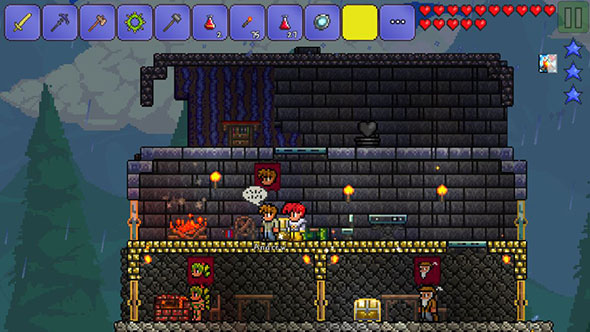 This 2D sandbox, which can be played either as a creative builder or survival game, is doomed to always be described as a ‘2D Minecraft’. But while its blurb description may echo its pixel-blocky ancestor, there are areas in which Terraria distinguishes itself from and even surpasses it.

Terraria has more tools, magical enchantments and weapons than you can swing a pick-axe at, and its visual style is a treat for 16-bit pixel-art nostalgics like myself. The only notable thing that’s been trimmed from the PC version is world size and online play, though you can still team up with up to four people locally (which any old-timer will agree is the best way to play). 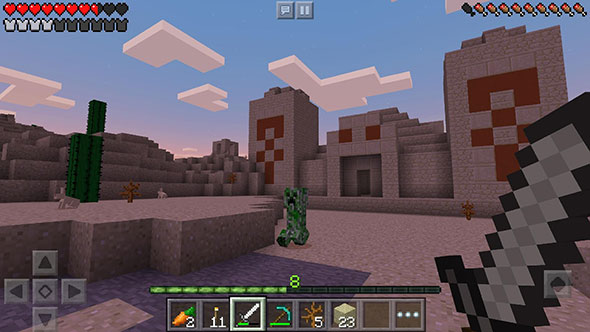 Speak of the devil (that inevitably creeps up when there’s any mention of craftsy survival games), you can get an impressively whole version of Mojang’s behemoth on Android. Over the years, you’ll have read enough news articles and seen enough videos of the incredible things people have created in Minecraft that it really needs little introduction.

Both the build-what-you-like creative mode and the gruelling survival mode have made it over to Android, and while the scale of what you can build has been cut down a bit from the PC version, the fact that you can escape into its iconic worlds-upon-worlds while on a five-hour coach trip more than makes up for that. 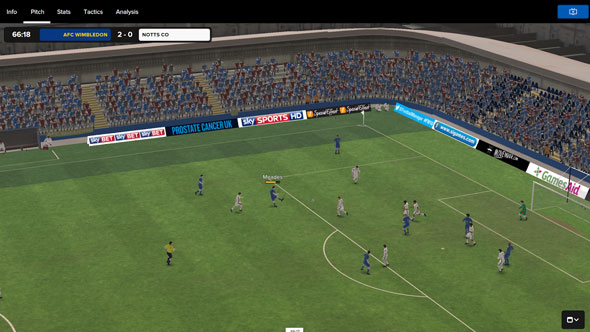 When Football Manager first came to smartphones as ‘Football Manager Mobile’ it was fine, but lacked the relentless immersion that had so many of us whisper-shouting orders at our PC screens and pacing up and down our room pretending it was a pitch-side dugout.

But in another barometer of how far mobile games have come, Football Manager Touch 2017 is a more in-depth experience that’s closer to the maddening depth of the PC version than the casual tap-tappiness of FM Mobile. It includes a 3D match engine, highly tweakable tactics, and a vast pool of teams to manage and players to scout out. It trims the fat on PC features like team talks and one-to-ones with stroppy players too, making it feel streamlined but still substantial. 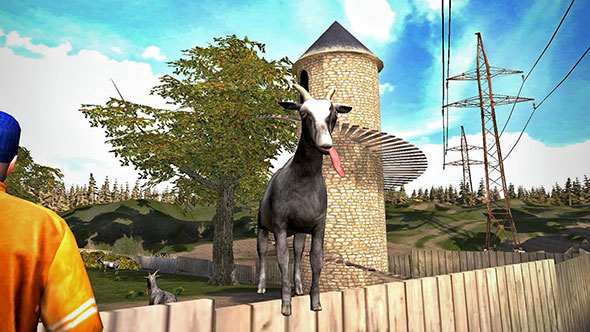 Card games? Fine. Football Manager? Makes sense. But few of us could ever have dreamed that something so huge, so quixotically ambitious, so hilariously hircine as this would eventually ram its way onto smartphone screens.

Ok, so we’re pulling Goat Simulator’s tail a bit, but it’s all in the spirit of a game that was conceived with full awareness of its inherent silliness. It’s not so much a simulator as a physics-based sandbox of instant thrills, where you pick up points by smashing things, jumping around, and terrorising the local populace. You can also grab variants of the game such as the cheekily-named survival imitator GoatZ, and Goat MMO Simulator.

You may be pleasantly surprised to find that all flavours of Goat Simulator are completely free if you get them through the unsung Amazon Underground app – no in-app purchases, no nonsense. 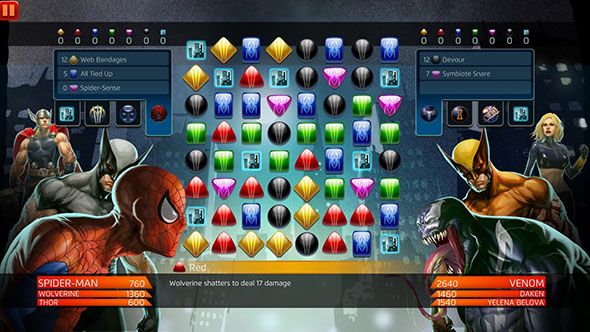 If Candy Crush has become an unhealthy obsession for you, and when you close your eyes you see garish jelly beans and lemon drops exploding on your eyeball, then maybe it’s time for a change.

So why not jump over to a superhero take on everyone’s favourite match-three obsession? Marvel Puzzle Quest has a unique, competitive slant, letting you recruit iconic superheroes and join up with other players to take on other teams around the globe in frenetic games of glorified colour-matching. The levelling system endows your heroes with added block-smashing abilities, allowing you to build up characters over time to suit your strategies.

Thinking about it, this is probably just as unhealthy an obsession as Candy Crush… 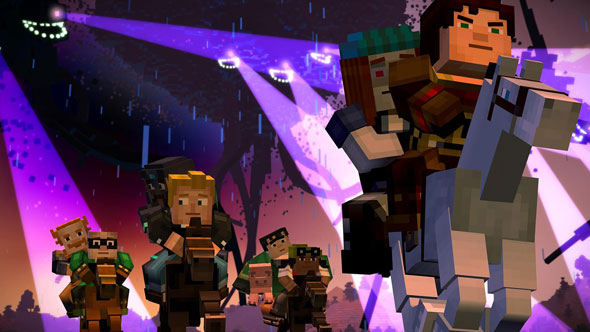 Telltale Games have been the go-to developer for interactive storytelling on the PC for years now. Their cleverly crafted, undemanding cel-shaded graphics have made their transition to Android pretty seamless, and most of their games are now available on the Amazon App Store.

Not that Telltale had to worry about cel-shaded graphics with Minecraft: Story Mode, which applies the brilliantly-written, choice-driven formula of Telltale Games to Mojang’s hitherto unstoried world. It’s a tale about a group of adventurers on a quest to save the world, and is a great, kid-friendly introduction to the choice-driven Telltale gameplay where player decisions alter the story in crucial ways (without the brutality or life-or-death gravitas of Telltale’s more adult-oriented games).