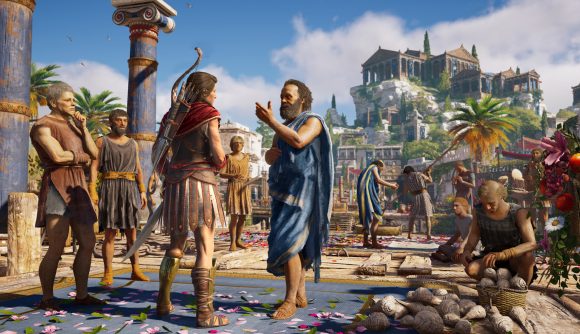 $1 out of every $4 spent on gaming in 2018 was spent on PC. The computer side of the industry brought in $33.4 billion dollars this year, a 3.2% improvement over 2017. But hold up before you think this means PC gaming has taken over – the other two big industry segments are still bigger, and they’re growing even faster. In fact, that market share is a bit smaller than 2017, when PC gaming made up 28%.

Now console gaming makes up 28% of the industry, and has grown 15.2% year over year to $38.3 billion dollars. That leaves us with mobile games to make up the remaining 47%, at a whopping $63.2 billion dollars, up 12.85 from 2017. This data comes courtesy of Newzoo, as compiled in GamesIndustry.biz’s annual rundown of the industry worldwide.

The PC market is splitting in some notable ways, though. Browser games are down by 14.8% this year, while ‘boxed and downloaded’ PC gaming is up by 6.5%. PC digital revenue is at $28.2 billion for the year, up 7% compared to 2017 – as if you needed any further indication that PC gaming has ditched retail big time.

In fact, the report shows that PC accounts for just .8 percent of sales at UK retail – barely ahead of the Nintendo Wii in 2018. Those specifics might be different worldwide, but that offers an indication of how much the market has changed.

The game industry brought in $134.9 billion this year in total, up 10.9% year over year. You can at least partly thank PC gaming for that.