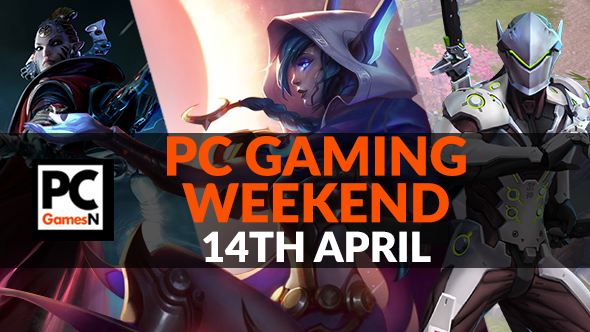 Put the bunting up and prepare the buffet; it’s the weekend, and thus time to celebrate. Hard times are over (if you’ve got these two days off, at least) and there’s 48 hours of free joy ahead. But wait, what’s that you’re saying? You don’t know what to do? Well, we at PCGamesN have a few ideas.

Yes, we’ve got all the tips to help make your weekend the best ever. Yes, even better than the time when your mother left you in the woods alone, causing you to go on a terrifying journey with a robot gigolo, which further led to you and your teddy bear being frozen in a lake for two thousand years before being re-awoken by earth’s new benevolent robot overlords…

Win a goodies key for Orcs Must Die! Unchained – we’ve got 10,000 to give away!
Orcs Must Die is a brilliant spin on the tower defence genre; fending off waves upon waves of green monsters looking to ruin your day. Unchained is the third game in the series, and brings co-op players together to make sure the greenskins stay dead. Want a bundle of stuff worth $15 for the game, including new heroes and traps? Then click the link above for a chance to win.

Reload your bolters and play Dawn of War III
It was 2011 when Relic last released a Dawn of War game, AKA a very long time ago, but that time hasn’t been wasted. The studio have created a third game, and while it’s not quite the bold RTS experiment we hoped it would be, it’s still a cracking bit of Warhammer chaos. Check out our positive review to see why it’s worth your attention, and then peek at our performance test to see how it runs on a common PC setup.

Discover how Blizzard create Overwatch’s lore
It may be the hottest multiplayer FPS since CS:GO, but Overwatch also has an in-depth universe with a decades-spanning story. In charge of the lore is Michael Chu, and our very own Ben managed to chat with the man himself in order to find out just how he creates the story of Tracer and co. This week’s episode of Overwatch This reveals everything Ben found out.

Find out how Heroes of the Storm’s loot boxes work
Ah, loot boxes. A true enigma, aren’t they? Well not if you read our in-depth investigation, they’re not. We’ve delved deep into Heroes of the Storm’s new rewards system to find out exactly what your chances of getting a legendary are, and we’re sure the results will fascinate you.

Keep up to date with the latest League of Legends patch
It’s the way that LoL is ever-evolving that keeps it the most popular game in the world. Make sure you’re not left behind during the latest round of changes by checking out our guide to the 7.9 patch.

Decide if it’s worth upgrading to the AMD Radeon RX 580
The last few weeks have been an extravaganza of AMD hardware reviews, and we’re moving on from the Ryzen CPUs to the Polaris 500 range of Radeon graphics cards. But is the RX 580 a worthy replacement for the excellent RX 480? We put it to the test to find out.

Get excited about Genji coming to Heroes of the Storm
Everyone’s favourite cyborg ninja is dashing into Blizzard’s universe-mashing MOBA. Genji joins the Heroes roster next week, and brings not only his shurikens and blade but also the whole of Hanamura, too. Yes, one of Overwatch’s most famous maps has been turned into a Heroes battleground, with a payload objective to boot. 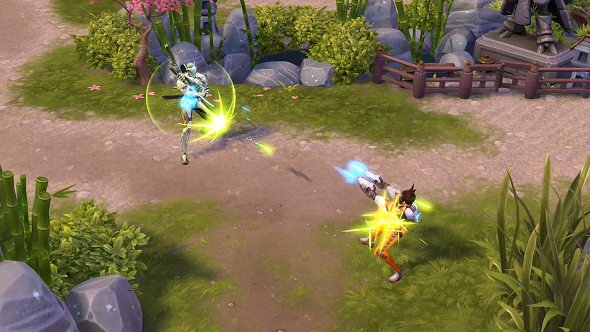 Poke fun at the Xbox Scorpio with the Miller Rapport
So, Microsoft’s new Xbox… it’s just a rubbish PC, right? Well that’s what our super-informed resident YouTube man Simon Miller thinks, and who are we to disagree? Get educated on exactly why it’s bad in our informative video feature.

Dig deep into Steel Division: Normandy 44’s excellent suppression mechanics
Steel Division is the new kid on the RTS block, offering up a different approach to WW2 strategy. It sports a wonderfully smart new suppression system, which sees soldiers and tank crews become increasingly stressed as bullets zip around their ears and shrapnel rains on their helmets. Our RTS expert Fraser has thoroughly explored the mechanic and has many words of praise for it.

Look forward to reloading the early 2000s with Battalion 1944
The late 90s and early 2000s were a golden era for FPS games. The zippy nature of the likes of Quake and the very first Call of Duty games felt long forgotten for a while there, but games such as Strafe are bringing that style back with force. Battalion 1944 is part of that band, and its speedy, crouch-jumping approach to WW2 is definitely more United Offensive than Battlefield 1.

That’s everything for this week, but we know it’s not enough. That’s why we won’t stop writing all through the weekend and the week days ahead; not because it’s our jobs (well, mostly that), but because we know you need it.