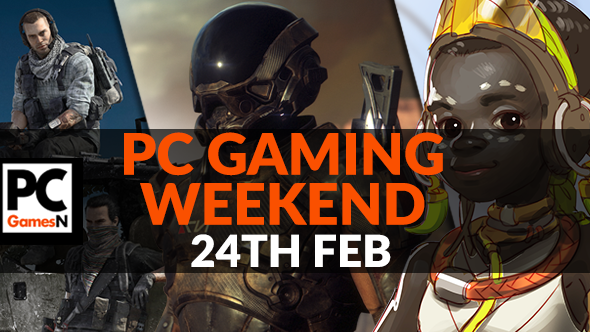 It’s Friday night and the feeling’s right. And that feeling is PC games. Oh yes. Time to break out your keyboards, plug in your controllers, and affix those headsets: it’s game on for two whole days straight.

Know all there is to know by feeding on our prime cuts of PC game news.

Need help planning your weekend of gaming? That’s exactly what this post is for. Below are a platter of PC gaming ideas that will ensure the next 48 hours are nothing less than thrilling. Yes, even more thrilling than the time when you travelled far and wide across the globe in search of the Ark of the Covenant and ended up melting a Nazi’s face off…

Win a game key in our The Exiled giveaway – we’ve got 12 codes up for grabs!

Not all MMOs have to be World of Warcraft. The Exiled looks more like Diablo, but plays like a giant, freeform sandbox game. You can cooperate with friends or challenge them in combat, craft what you need to succeed, and generally choose your own path. Win one of our Nomad packs to get unlimited access to The Exiled.

It’s the Wildlands open beta this weekend, which means you can head out to Bolivia in the very first open-world Ghost Recon game. Not sure what to track down and eliminate first? Our guide has the intel you need, and you won’t have to drive 3.8km to find it.

There’s no doubt about it: the fourth Mass Effect game is going to be massive. We’ve been hands-on with the first few hours, and learned a few things about its new, unseen universe. Six things, in fact, which you can read about by clicking the link or by watching this handy video below.

Guess who the next Overwatch hero is going to be

This week saw Blizzard tease the next Overwatch hero with an in-universe interview. In the spotlight is Efi Oladele, a child prodigy from Numbani who’s well into robotics development. Is Efi our next hero, or will it be one of her creations?

Get clued up on Halo Wars 2

The Halo universe is having another crack at real-time strategy with Halo Wars 2, and it seems like it’s a much more successful attempt this time around, not least because it’s on PC. Read our review and decide if it’s the RTS for you.

Start saving up for a GTX 1080 Ti graphics card

It’s almost time for the Game Developers Conference in San Francisco; the event where we’re convinced the Nvidia GTX 1080 Ti graphics card will be unveiled. It’s probably going to be a stunning (and expensive!) GPU, so why not review everything we know about it and set up a savings account?

Catch up on the biggest new changes in League of Legends patch 7.4

It’s the biggest game in the world, and it’s changing pretty much every two weeks. Find out what the latest round of buffs and nerfs are in League of Legends’ patch 7.4. 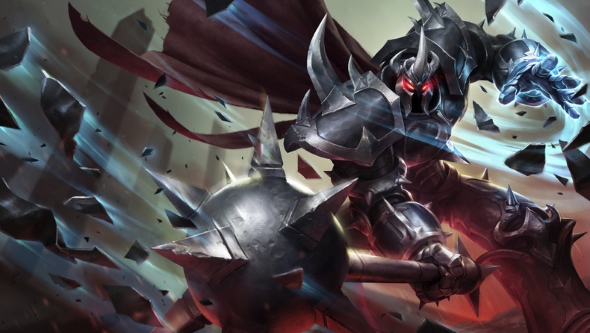 Do your homework on the new AOC AG352QCX curved monitor

Every component in your PC rig is important, but your monitor is super important. After all, that amazing GPU you’ve got installed won’t provide the best images if there’s not a kick-ass screen to display them on. But is this new ultra-wide AOC curved monitor the panel your PC desperately needs?

Arguably PC gaming’s favourite Elder Scrolls game, the world of Morrowind is making a return in the series’ online spin-off. We spoke to Zenimax to discover just how faithful the modern recreation is.

Get excited for new indie Troll and I

It may be designed and built by just 14 people, but Troll and I aims to take on the likes of Tomb Raider and Uncharted at their own game. It’s already off to a great start thanks to its (almost) adorable dreadlocked hero.

Excel at counter-terrorism with the best Rainbow Six Siege operators

The key to victory in Rainbow Six Siege is perfect team composition. Attack or defend like an elite SAS trooper this weekend with our guide to the best operators in Ubisoft’s Tom Clancy hit.

And that’s a wrap for this weekend. We know, it’s all very exciting. Now go bask in the glory of PC gaming. Go on, be free!