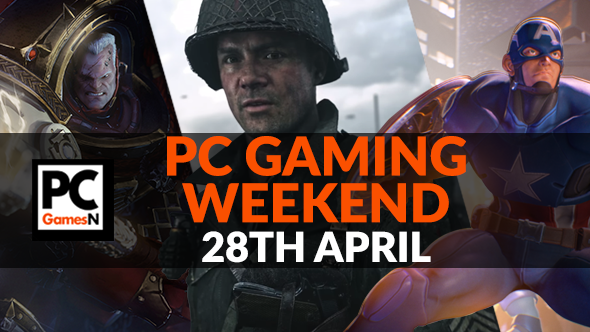 Welcome, readers, to the weekend. It’s a magical place, filled with commitment-free hours and opportunity. Generally we encourage you to use any free weekend time to do something PC gaming related, as you may have worked out from the title of our website.

Not sure what to do? Well, we’ve got a few suggestions that’ll help make this weekend the best one ever. Yes, even better than the time when you were falsely targeted for a crime you’d yet to commit, and so replaced your own eyeballs in order to kidnap a precognitive mutant in a desperate attempt to prove that the judicial system was trying to set you up…

Win Man O’ War: Corsair – we’ve got 100 copies to give away!
Everyone’s talking about Warhammer 40K right now thanks to Dawn of War III, but if you’re a fantasy kind of person our giveaway is perfect for you. We’ve got a whole hundred copies of Man O’ War: Corsair, the naval battles game where human sailors clash with the like of chaos admirals and orcish pirates. Want to be in with a chance of winning? Just click the link above and follow the instructions.

Add something to your Call of Duty: WW2 wishlist
This week saw Activision finally pull the curtain back on this year’s Call of Duty, and we’re heading back to 1944 as the series returns to its roots. But what things from CODs of old do you want to see appear in the game? Matt’s hoping for a big focus on a squad-based campaign, while Kirk hopes the multiplayer map design will hit the heights of yesteryear once more.

Start cheating in Planet Coaster
Did you know that April’s update added cheats to Planet Coaster? Well it did, and you’ll soon be able to find special codes all over the internet. We’ve got two to share, and they’ll let you do something very special with your go-kart ride…

Learn how to war with our Dawn of War III faction guide
The grim darkness of the far future is a complicated place. If you’re not sure how your Assault Marines should tackle a Wraithknight, then you need our guide to Dawn of War III’s trio of army factions.

Find a renewed appreciation for Watch Dogs 2
Watch Dogs 2 didn’t do too well at launch, probably in part due to the first game being a bit rubbish. But the sins of the father don’t necessarily pass down the lineage, and that’s why we’re here to tell you that Watch Dogs 2 is actually really good.

Discover how Heroes of the Storm’s new 2.0 loot boxes work
Heroes of the Storm updated to 2.0 this week, and brought with it a whole new progression system, challenge, and loot box system. If you’re playing for more than just the new Overwatch D.Va skin, you’ll probably want the low-down on how these new loot boxes work. Handily, we’ve got all the fresh details. 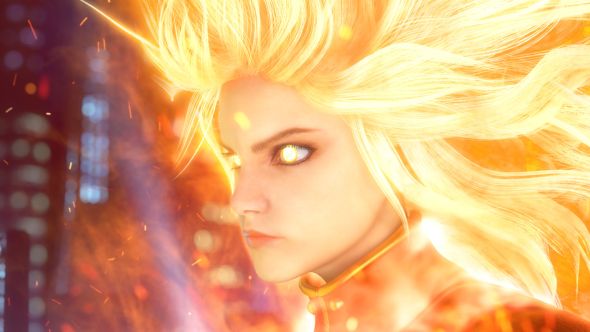 See what abilities you’ll be able to use in Prey
As with any good immersive sim, Prey has a long and detailed set of skill trees from which to choose a variety of special abilities from. Get your build order pre-prepared by checking out our comprehensive list of human abilities, plus a peek at what skills alien DNA can unlock.

Play Outlast 2, but only if you can deal with its fallbacks
The original Outlast is a green-tinged horror classic, and many had high hopes for the sequel. But while it’s suitably gory and terrifying, there’s more than a touch of frustration that drags it down. Are the scares enough to make up for the lackluster design?

Get graphics on a budget with AMD’s RX 570
We’re used to graphics cards costing up to a thousand dollars (or more!) when it comes to gaming on PC, but what if your budget or needs don’t stretch to the likes of a GTX 1080Ti? AMD have a tempting offer in their RX 570, which proves to be the best sub-$200 card around.

That’s it for this weekend. Go wild. But not too wild, mind, we’d like it if you came back next week.