If you thought component pricing had gotten bad during the GPU mining gold rush, then just you wait and see what happens when Trump’s trade war really gets going. The US government has announced a 10% tariff on an extra $200bn of Chinese imports, ranging from bovine semen to badger hair, but has also included electronic components too. The last ones are probably  more relevant to us, I’ll wager.

As a result of the announcement the big players in the PC hardware game started to see a reaction from the stock exchange, with Nvidia seeing a -1.5% drop, Intel dipping by -1.05%, and AMD just -0.48%. None of those are huge dips, but could either be an instant, short-term reaction, or just the start of something bigger.

Might be time to buy a new GPU after all, so check out our pick of the best graphics cards available today.

It’s interesting that AMD’s stock has dropped the least of the big three, especially in a week where it was revealed the company was licensing its Zen architecture to Chinese manufacturers so they could build server parts based on AMD’s EPYC chips.

Stock pricesfor the big tech companies have already started to show a little resilience to the news, but there is a definite dip across the global markets. 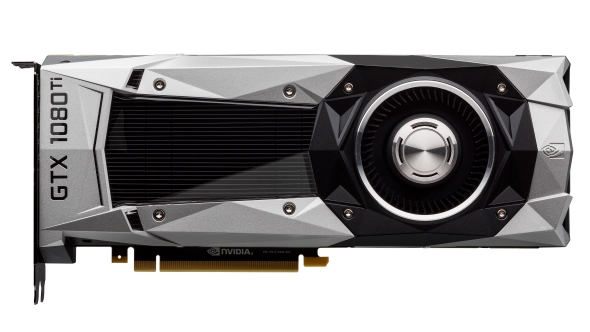 We’ve been hearing from most retailers and manufacturers that it wasn’t just the price of GPUs that had been responsible for pushing up component prices, as every single part, from capacitors to MOSFETs, have been increasing in price. And with the extra import tax being levied on Chinese manufactured components by the government that’s only going to keep the cost of these parts rising.

We’re not just talking about mainland China here either, although that is where a huge amount of technology manufacturing is based. We’re also talking about Taiwanese companies here as the US government still doesn’t recognise the independence of Taiwan, and so it is just seen as part of the People’s Republic of China.

We don’t know the specifics of how these latest tariffsare going to affect component pricing, but it’s a pretty solid bet that it’s going to be going up not down. The final tariffs won’t be coming into effect until September, after the two-month consultation period, so we’ll know more then.

Just in time for the new Nvidia GTX 1180 to arrive. With a newly revised $799 price point…