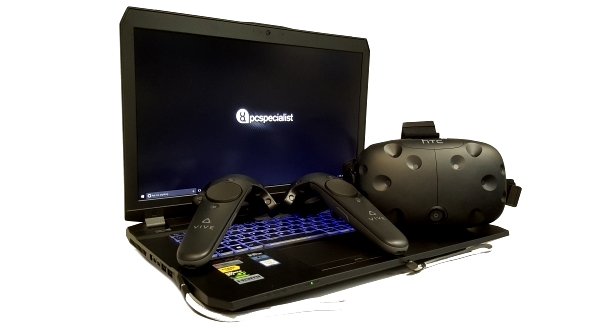 This is a sponsored post created with support from PC Specialist.

Virtual reality will be as ubiquitous as Sky TV is in our homes by 2022, with more than one in three of us expected to own some sort of VR device in just four years. You still need a lot of PC grunt to be able to power a proper VR experience, however, but with their combination of performance silicon and portability the latest gaming laptops are now your best bet for virtual reality.

Read more: check out our pick of the best VR games.

Gaming laptops used to be incredibly frustrating things. To be able to get any semblance of gaming performance out of them they needed to be hulking great behemoths which cost the same amount as an Nvidia green Lamborghini. And even then they’d still be slower than a desktop PC which cost a fraction of the price.

But the latest Nvidia-based notebooks, from companies like PC Specialist, have changed all that. With the 10-series graphics silicon from Nvidia they have completely changed the game – now there is practically no difference in specs and performance between a serious notebook GPU and their desktop counterparts. And that means you’re not sacrificing gaming speed to have a machine you can move around easily. 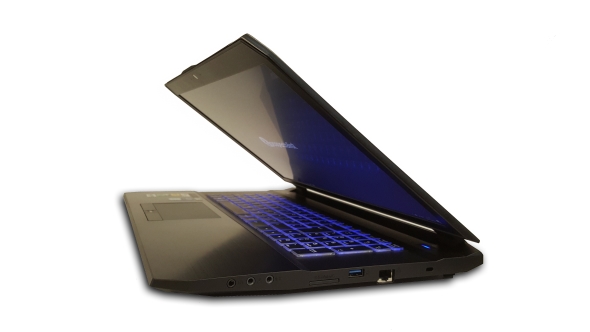 And this is what makes a great modern gaming laptop the perfect fit for VR and most especially for the ultra-immersive room-scale virtual reality experiences you get from Valve and HTC’s Vive.

Now, the Vive isn’t without its problems, but most of those stem from the awkward, cable-ridden setup and the fact that for room-scale VR you need an awful lot of space. We don’t know about you, but where our desktop PC sits isn’t the biggest room in our home. To get your VR game on then you need to lug your entire desktop rig into the designated space – with a monitor – and manhandle the tentacled mass of cabling into the right place.

That’s a royal pain in PSU and will become a real barrier to your VR gaming fun. And that in turn will likely lead to it becoming something you only do very rarely, with your expensive headset spending more time gathering dust than strapped to your face. And that’s the kind of tech waste that we simply can’t condone. 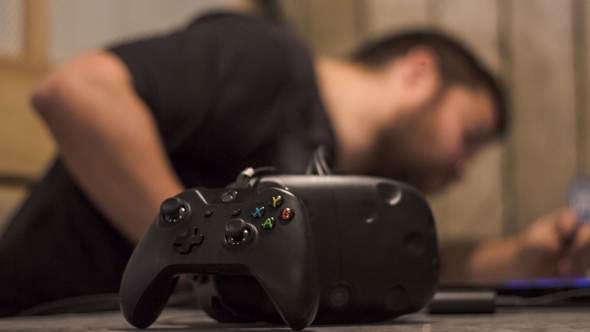 VR-ready gaming laptops though make the whole process so much easier. Plug the HDMI and USB cables from your Vive into the notebook and you’re good to go wherever you choose to set up. If you’ve got the lighthouse sensors already in place then it takes no time at all to get straight into your chosen VR gameworld with a gaming laptop.

And it also means you’re not necessarily tied to your home either. Sliding a laptop into a backpack with the headset and sensors is a lot easier than jamming your entire desktop PC, mouse, keyboard and big-screen monitor into the back of a car to transport around, and with the latest hardware there’s no appreciable performance difference.

Want to share the VR experience with your family and friends? No worries, take your virtual worlds around for a visit of an evening. Local pub got rid of its pool table? Pool Nation VR is your friend, and you still get to have a pint, though we did have some issues with the inevitable the winner-stays-on brigade… Feel the need to play Elite: Dangerous while you’re getting your morning coffee? Make sure your booth’s got a plug socket and jet off into the inky black. We did. 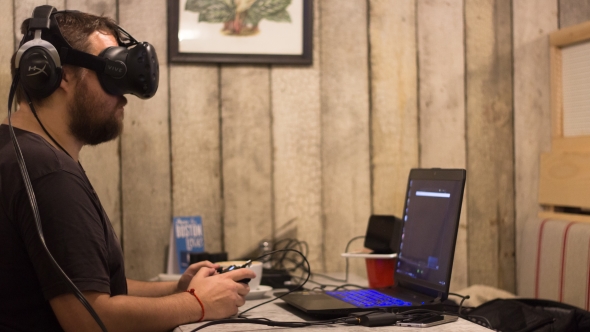 One rainy morning we took the PCS Defiance III into our local coffee shop, essentially PCGamesN’s backup office, to take VR out and about. And it was all remarkably easy. Both the Vive and the Oculus Rift can be used with just a single sensor, so breaking out the laptop, headset and solitary lighthouse meant we were able to get our mobile setup going without a problem.

In no time we were zipping between the planets, fighting off interdicting dicks in Cobra Mk IIIs and supping on strong coffee, lovingly prepared by our local baristas.

Sure, we looked like muppets, slack-jawed and gaping mouthed, as we immersed ourselves in The Braben’s virtual world with the quizzical eyes of the general public upon us, but it shows just how much extra freedom you have running VRfrom a modern gaming laptop.

VR-ready gaming laptops still aren’t cheap though; the Defiance III spec we used is a £1,726 beast, with a GTX 1070 and Core i7 6700HQ as the performance combo at its heart. But there are cheaper alternatives that will work just as well. You don’t need this machine’s 17.3-inch screen when you’re stuck in a headset, and likewise a Core i5 would be more than enough to cope with the rigours of VR. The graphics silicon is a little trickier; the GTX 1060 is rated as VR-ready, but will require more of a fidelity sacrifice to hit the speeds you need for immersive virtual reality. 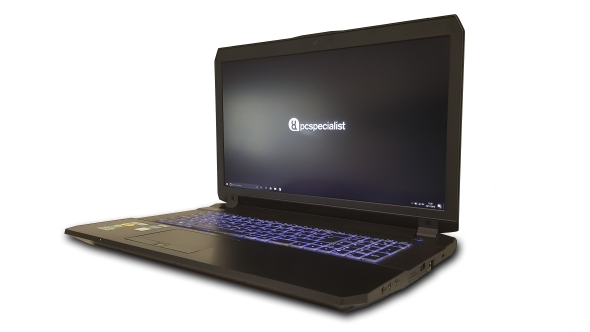 But if you were thinking about upgrading your desktop machine because of that overriding urge to also get yourself in on the VR game then it might well be worth considering the move to a gaming laptop instead.

They’re not the gaming sacrifice they once were and wtih the latest GPUs are the perfect hardware to make the most of the freedom of Vive’s room-scale VR.