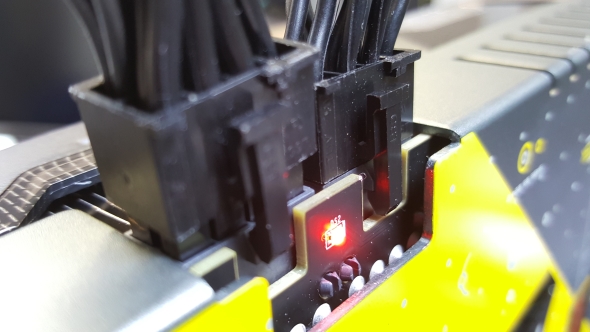 The next generation of the PCIe interconnect is going to tidy up your gaming rig’s innards by delivering at least 300W of power through the socket alone.

The group behind creating and finalising future PCI standards, the PCI-SIG (or Peripheral Component Interconnect Special Interest Group to give them their full, tongue-twisting title), held sessions at the Intel Developer Forum in San Francisco last week, detailing the next step for PCI Express.

The previous iterations of the connection have prepared us for an expected doubling of available bandwidth across the interface. From PCIe 1.0 we’ve seen an effective doubling of peak bandwidth from each successive generation – starting at 250MB/s for a x1 connection and moving up to a little under 2GB’s for PCIe 4.0. That means for a full x16 socket then your PCIe 4.0 GPU is going to have a total of 31.508GB/s of available bandwidth at its disposal.

While those are pretty numbers for the numerologically-obsessed the ones that have really got my attention have come from a report on Tom’s Hardware.They spoke to Richard Solomon, vice president of the PCI-SIG, about the potential power delivery from the new PCIe 4.0 slots: off the top of his head he couldn’t give the final proposed upper limit for socket power, but said the minimum would be at least 300W. He also stated that members of the PCI-SIG had suggested several options and that maybe even 400W or 500W could be possible from a single PCIe 4.0 socket.

Given the current PCIe 3.0 slot is only capable of delivering a maximum of 75W on its own that’s a potentially massive increase and means even the top graphics cards of the latest generations would be entirely bus-powered. Even the new Nvidia GTX Titan X could get all its juice from a PCIe 4.0 with its 250W TDP and the trend has been to drive down the energy requirements of top-end GPUs as more efficient architectures and production lithographies are introduced.

Your PCIe 4.0 compatible motherboards though are going to need themselves some extra power sockets, however. So it’s likely we’ll still need extra PCIe power connections from our PSUs, but they won’t be going directly into our graphics cards anymore. Plugging into the motherboard rather than the graphics card will tidy up the inside of our PCs, but it’s not just about keeping things neat – without cables streaming out of your graphics card the airflow inside your chassis ought to improve too.

PCIe 4.0 isn’t just going to be good news for the next generations of graphics card, PCIe-attached storage is a growing market because of the amount of bandwidth available compared with the static limits of the current SATA connections.

By delivering both the power and the performance PCIe 4.0 could herald a big change for our gaming PCs when it arrives next year, both for hyper-powered big rigs and for super small form factor micro machines.