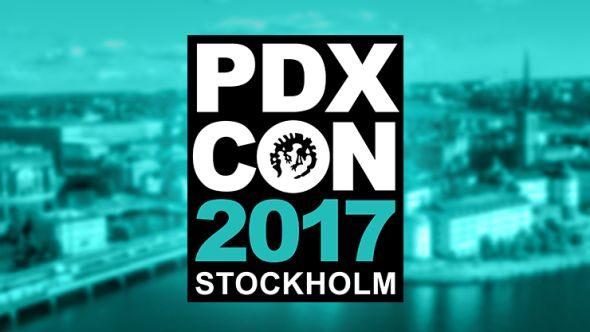 ﻿Update February 17, 2017: ﻿A new trailer shows just how far Paradox CEO Fredrik Wesker is willing to go to get you to come to PDXCon.

I’ve never thought of the splits as a spectator sport, but the above rather takes it to a new level. Who knew strategy game development and publishing made you quite so lithe?

Beyond it continuing today’s trend of the silliest PR videos imaginable, PDXCon has had numerous content announcements since its initial announcement as a fan convention rather than press-only showcase.

They’ll be running a cosplay competition, mostly focused around historical gowns but expect the odd plant person here or there. Notably, the second prize is related to an “unannounced project” in case you needed any further confirmation there’ll be new stuff all over the joint.

There’s also to be various talks, including by the modding community, as announced on the Paradox forums. Full details on all the developer talks are also available.

Original story December 7, 2016:Paradox’s yearly gathering of developers and media, PDXCon, is generally where they show off all their new stuff, akin to Fanfest and QuakeCon. In 2017 they’re opening it up to the public, with panels, parties and the odd game or two. If you’re interested it’s in Stockholm, Sweden and tickets are on sale now.

“Come and join the developers, designers, leaders, and non-vampires of Paradox Interactive at Gamla Riksarkivet in Stockholm for a weekend of games, panels, and partying” reads the official blurb on Paradox’s website. There’s two brands of ticket, one giving access to a VIP day on May 12 at Paradox’s offices. It’s limited and costs a bundle extra, natch.

Everyone else gets “exclusive convention swag, an official T-shirt, and an invitation to the Saturday night BBQ and party” along with access to the convention. The agenda isn’t finalised, though already includes an intriguingly titled “Evolution of Paradox” talk from CEO Fredrik Wester.

And since we’re all thinking it, yes they call out vampires in that official description. Yes, Paradox have the rights to Vampire: The Masquerade – Bloodlines. Yes, RPG studio Obsidian just released the very-good Tyranny, which Paradox published. Yes, that’d be nice, wouldn’t it?