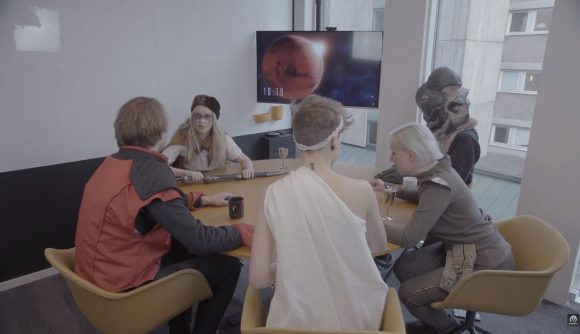 Paradox Interactive’s annual convention, aptly named PDXCon, will be moving from the company’s hometown of Stockholm to Berlin next year.

Paradox announced the PDXCon 2019 location and dates in an announcement Friday. It will be the third convention Paradox has thrown, and once again it’ll be the venue for a host of announcements, presentations, and grand strategy fun for everyone.

Paradox says it’s moving the convention to Berlin to offer “a greater opportunity for fans to attend from a wider variety of locations.”

Berlin is about a 12-hour drive south from Stockholm, and it’s certainly more central to mainland Europe, making next year’s PDXCon a quicker trip for fans in France, Poland, Belgium, the Netherlands, and just about everywhere else on the continent.

Paradox CEO Ebba Ljungerud said the company plans on making next year’s convention the biggest one yet.

“As our first PDXCon to take place outside of the comfort of our ‘home field,’ we intend to make this year’s show worthy of the global stage – bigger and bolder than ever before,” she said in a press release. “I’ll see you all there!”

Here’s a fun announcement video Paradox produced for PDXCon 2019. Look out for the Magicka wizard cameo toward the end:


You can sign up for news about early bird ticket sales at the official site. Logging in with your Paradox Plaza account and signing up for email updates will provide notification of when tickets go on sale, and you’ll have a chance at getting in line for them early.

As ever, it’s set to be a fan-centric event. Apart from new game and DLC announcements, there will be areas for board games, LAN matches with developers, and apparently karaoke with people in creepy horse masks. What’s not to love?