Publisher Penguin Random House, which you may known from their trade of pulverising trees and inking symbols on their remains to sell as ‘books’, have created a new range of children’s classic literature with a fun twist: the covers feature videogame-inspired 8-bit pixel art.

If you prefer your pixel art interactive, the style is massively popular in some of the best PC indie games.

The Puffin Pixels Series contains eight classic tales many of us read as juniors: The Swiss Family Robinson, Treasure Island, King Arthur and his Knights of the Round Table, The Adventures of Robin Hood, Dracula, Frankenstein, and two ‘Tales of’ anthologies: Ancient Egypt and Greek Heroes. 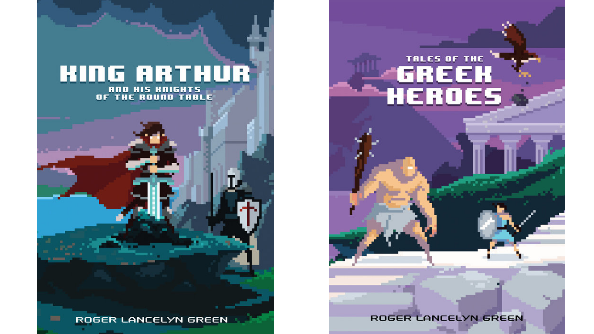 The nature of these stories lend themselves wonderfully to video game-inspired art: Treasure Island’s new cover looks like a scene from Monkey Island, and the likes of King Arthur and Robin Hood have distinct old-school RPG vibes.

The hardcover copies are available from the Penguin website for $11.99 each.