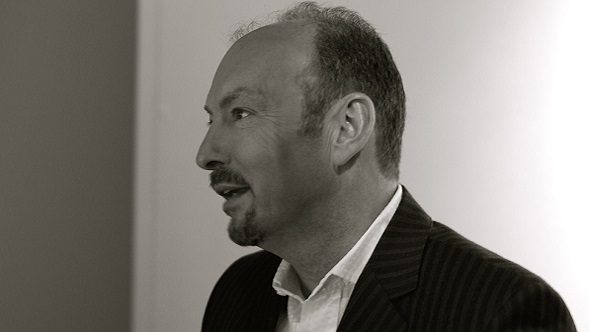 Peter Moore has had quite the career in videogames. He launched the Sega Dreamcast, he launched the Xbox 360, and he helped EA become the powerhouse they are today. He’s now in his dream job as CEO of Liverpool Football Club.

Do you work well with others? Find out in our list of the best co-op games.

During his time at Sega, after the Dreamcast failed, it came down to Moore to tell everyone the console manufacturer was going third-party – a move that’s certainly benefited them these last few years. Before doing that, though, Moore did a bit of market research.

At the time, there was a trend towards more mature games. Sega was still putting out experiences that felt very arcade, while things like GTA 3 were changing the very definition of what videogames could be.

“We did a focus group here in San Francisco, I’m trying to think what year this would be, probably late 2001, early 2002, because I needed to prove to the Japanese that our brand was starting just to fade away,” remembers Moore in an interview with Glixel. “And so we asked the focus group, a bunch of 18-, 19-year-olds, a classic question, ‘If a video game publisher was a relative or a friend, who would they be?’

“Ah, EA. Arrogant quarterback, 6’5”, walks in, gets the girl, nobody likes him, blah blah blah, but, you know, fills the room with his big personality, all that. I can hear it now. Rockstar. Ah – that’s your drunken uncle that shows up from Vegas once a month with a hooker on his arm and looking for money and then he’s gone again. He comes in and he’s the life of the party for a little while, and then he disappears for a long time. Sega. Yeah, that’s your grandad. Used to be cool, but even he can’t remember why anymore.”

These sessions were filmed and taken to a presentation at Sega in Japan. Moore wanted to highlight the challenges Sega faced at the time, pointing to public perception so the company could see what they needed to do to change it.

“Yuji Naka, Naka-san, maker of Sonic, is in the room,” says Moor. “Now, he and I have a love/hate relationship on a good day. And we show him this, and it’s subtitled in Japanese, and when it comes to that piece he just [slams his hand on the table], ‘This is ridiculous. You have made them say this. Sega is the great brand, nobody would ever say this, you have falsified!’ He just gets in my face. So I said to the translator, ‘Tell him to f*** off.’ And the poor guy looks at me and says, ‘There’s no expression in Japanese.’ I said, ‘I know there is.’ And that was it. That was the last time I ever set foot in there.”

Of course, now Sega is a completely different beast. Their most successful games are grand strategy titles and Japanese gangster epics. That doesn’t mean they’ve left the past behind completely though – only recently were Sega talking about the evolution of Sonic, and the struggles that character has had changing with the times. Read the rest of that interview at the link below, because it’s a cracker.