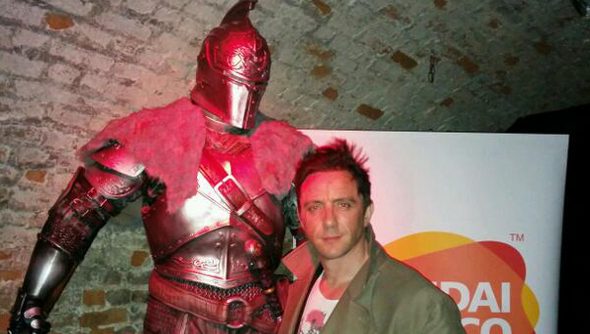 There’s obviously voice acting in Dark Souls, but I can’t really remember it amid all of my untimely deaths and savage beatings. Dark Souls 2 is just around the corner, and it sounds like the dialogue might be a smidge more memorable this time, as Namco Bandai has snatched up comedian Peter Serafinowicz to lend his vocal talents to a chap known as Mild-Mannered Pate.

Serafinowicz has been around the block on both sides of the Atlantic starring in Black Books, Spaced, Look Around You in Blighty and Running Wilde and Parks and Recreations in the US. He was also the voice of Darth Maul, when he spoke that one time. He’s an extremely funny chap with a distinct voice and I confess he’s also my celebrity man-crush. So there’s that.

Dark Souls 2 is out in March and is probably going to be a little bit hard.