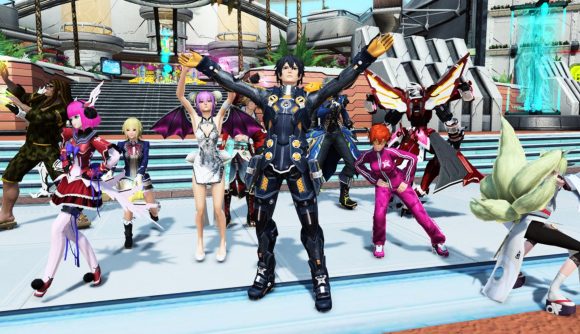 If you’re looking for a Phantasy Star Online 2 PC fix, it seems the game’s long-standing mod community has your back. After a ream of issues with the game’s launch through the Windows Store, the popular PSO2 Tweaker tool, which has helped English-speaking fans play the Japanese release of the MMORPG for years, is now compatible with the new, official release – and seems to be fixing many of the problems reported at launch.

You can grab PSO2 Tweaker from the main site – make sure you follow the setup guide to get it installed correctly. The issues players have been running into have been too numerous and varied to list here, and the new launcher won’t be a magic bullet for all of them, but it just might help.

On Discord, the PSO2 Tweaker devs add that “many cases of the game nuking itself are caused by installing the game to a drive other than the one Windows is on. When you reboot (or sometimes quit), it tries to do silly Windows Store stuff and breaks the link between the game folder and the store, so the store thinks it’s corrupt and nukes it, asking you to reinstall.”

The devs are currently working further updates for PSO2 Tweaker, “including attempting to bypass the Windows Store completely” – though given the game’s integrations with Microsoft’s servers and Xbox Live, that might be a difficult feat.

We deeply apologize for the inconvenience and the negative experience some of you have had when trying to download and install the game. Please know that we are working hard to solve these problems and that we appreciate your patience.

On the official side, the PSO2 devs have confirmed they’re aware of the issues and looking into solutions. The devs say more announcements are coming “soon”.