Kayaking is not a common activity in my life. In fact, I don’t think I’ve been in a kayak since a school ‘adventure’ weekend involving raft-building, abseiling, and being cracked in the mouth by a friend’s paddle before I’d even pushed off shore.

Thankfully nothing so painful happened during my experience playing Phantom: Covert Ops, although it is one of the game’s central mechanics. (Kayaking, that is, not being thwacked in the face by your idiot mate and bleeding all over your wetsuit.)

Phantom is set in 1991 across a former Soviet naval base, which your covert operative is tasked with infiltrating. The game is built for Oculus – both Quest and Rift – and takes place over the course of one night… and entirely in a kayak. What this means is a lot of paddling – a satisfying experience using the Touch controllers, although I found turning a bit fiddly in certain situations – and trying to stay hidden from wandering patrols and security cameras as you go about your ‘saving the world’ business.

The focus is on stealth, so for the majority of my demo I stuck to rowing in the shadows, using reeds for cover, and patiently waiting for guards to pass. Or at least, that was the theory.

On more than one but less than ten occasions this didn’t go so smoothly, at which points it became imperative to give the game’s combat a spin. Your soldier is equipped with a pistol on his chest, assault rifle on his back, and a sniper rifle attached to the side of the kayak. 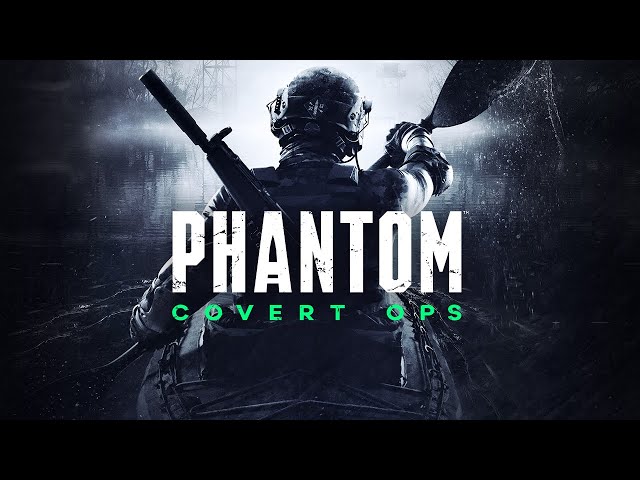 The process of reaching for these weapons is enjoyable and very convincing, as is reloading once you get the hang of it. Actually shooting… less so. The guns lack a sense of impact, and aiming currently seems imprecise. That’s perhaps intentional in order to further promote the primacy of stealth – the clue’s in the title, after all – but it would be nice to have a satisfying alternative when things do go loud.

There’s something about the aesthetic which brings to mind Goldeneye

The mission I played tasked me with finding a control tower and subsequently deactivating it. There are some very slight divergent paths that one can take to the objective, but the optimal route was pretty obvious throughout. Beyond paddling and occasional, unsuccessful shooting, environmental interactions are pretty limited – the main event was yanking some power cables out of the base of the tower, at which point my mission was deemed a success. Again, it feels satisfying, but nothing we haven’t seen before.

There’s something about the game’s aesthetic which brings to mind Goldeneye. Clearly it’s far more advanced visually, but the art style and environmental tones are reminiscent of Rare’s N64 classic. 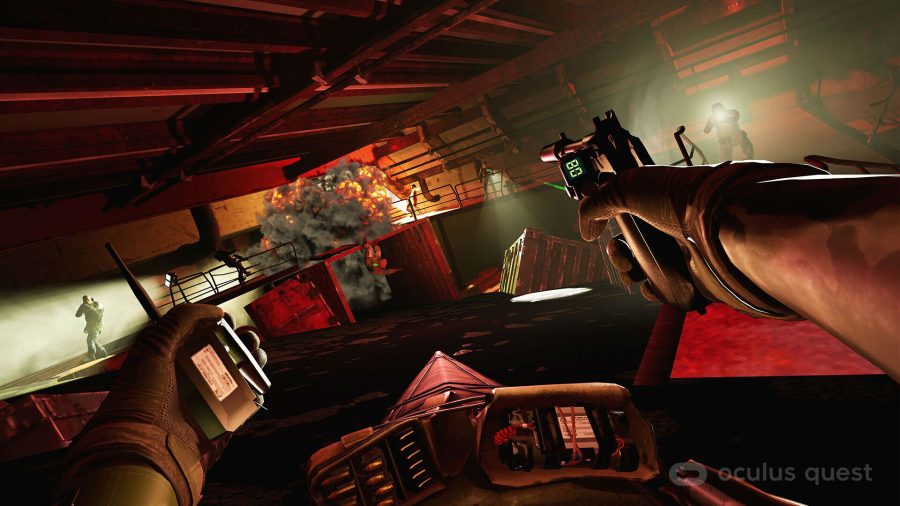 It seems unlikely that Phantom: Covert Ops will revolutionise gaming to quite the same degree, although the decision to set the game entirely from a seated position was intended to facilitate longer play sessions, so they do at least have that in common.

Either way, the tech and mechanics are solid, and it’s nice to see a VR game focusing deliberately on stealth. And kayaking. Just don’t stand too near anyone with limited spacial awareness, lest you take a Touch controller to the teeth.