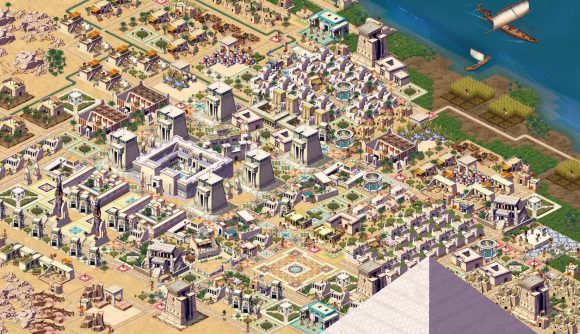 Pharaoh, Sierra’s follow-up title to its Caesar 1990s-era series of city-building games, is getting a remake. Pharaoh: A New Era is currently in development by Triskell Interactive and will be coming in 2021 from French publisher Dotemu.

No specific release date has yet been set for Pharaoh: A New Era, but we had the opportunity to view a hands-off demo with the developer, which showcased much of what’s new for this edition of the classic management game. The star of the show is the total graphical overhaul – while A New Era maintains the 2D isometric perspective of the original, new hand-drawn characters, buildings, and environments mean this new version of Pharaoh will be right at home on modern 4K monitors.

In Pharaoh, your job is to manage an Egyptian settlement on the Nile. As in the Caesar games, the object was to optimise the placement of housing, recruitment facilities, production and supply lines, and entertainment in order to make the best use of your given territory. You’ll have to plan your agriculture around the regular flooding of the Nile, and produce crops and products that sustain your city or make for attractive exports to neighboring areas.

As was the case in Caesar, one of your main concerns in Pharaoh is the quality of your housing. The simple hovels you place down initially improve as you add access to more services, like law enforcement, medical care, and temples. Higher-quality houses unlock access to new structures, and with those new buildings you can further expand and begin trading with other territories. 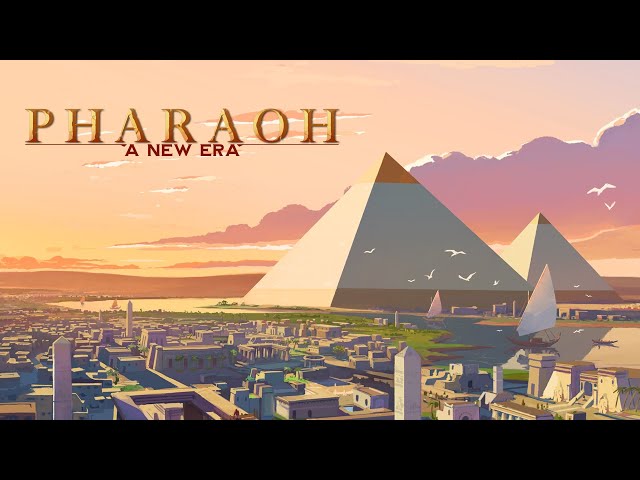 While Pharaoh: A New Era has a brand-new code base – it’s being rebuilt from the ground up – Triskell’s developers want to make sure that veteran Pharoah players will feel at home in the new version. They’ve gone so far as to leave in specific soft exploits that high-level Pharaoh players figured out in the original game.

One of those has to do with abusing the building AI. Structures like farms, temples, and papyrus workshops send out ‘walkers’ once they’re built, and these walkers recruit workers when they reach a housing area. Savvy road and building placement allowed players to exert more control over where walkers were placed and how far their routes would take them, and Triskell says it’s building that back into this new version of the game.

“There are ways to never have to use roadblocks, to make your walker walk hundreds of tiles before coming back to the building by abusing priorities and stuff like that,” one developer told us. “This was something that was in the original game – we don’t know if it was really intended, but players discovered it and used it, so we are keeping that in the remake.”

Pharaoh: A New Era will include 50 single-player missions when it launches in 2021. No specific release date beyond 2021 has been set yet, but you can wishlist it on Steam if you’d like to get a nice little notification when it comes out.