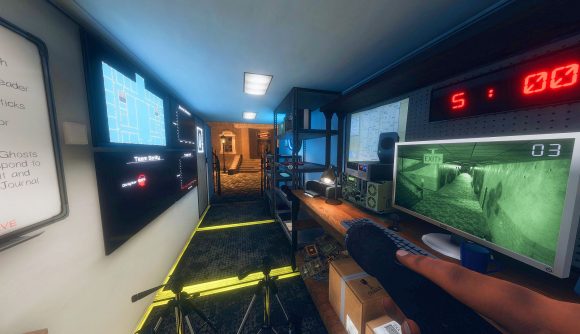 With Phasmophobia still in Steam Early Access, the survival-horror game’s frequently given updates that tweak its gameplay and banish its bugs, with some recent patches stopping you from locking other players inside rooms and adding quality-of-life changes. Now, a new patch has dropped for the survival game’s beta build that – among other things – changes how one of the Phasmophobia ghost types work.

“Banshees will now hunt like other ghosts and target any player when its target player is outside,” the latest beta build notes say on the indie game’s Twitter channel. So, it sounds like rather than chasing down one dedicated target and not stopping or changing targets until its chosen player is down – as this ghost type does – the banshee will now behave as the other ghosts do, and pursue others while its chosen target is outside. So, other players should probably keep an extra eye out for roaming banshees following this change.

The new patch’s other gameplay tweak adjusts the game’s $50 photo reward challenge, changing it to “be a total $50 reward over multiple games”.

As for bug fixes, Phasmophobia’s latest beta update brings 11 various solutions, which address issues from an erroneous wall in the School’s top floor map and objects falling through the basement floor in several of the game’s maps, to audio-related hiccups and window fingerprints being in the wrong spot. You can check out the notes in full below.

If you’re a fan, be sure to check out our Phasmophobia sanity effects and Phasmophobia ouija boards guides while you’re here.