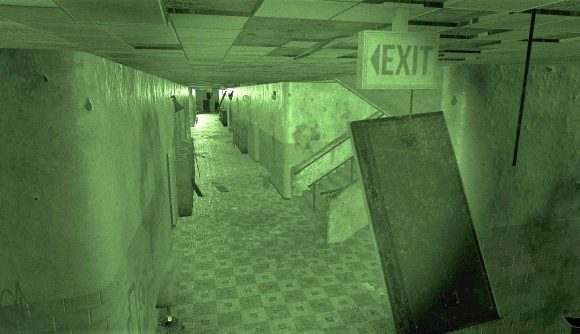 Good news, Phasmophobia fans – the horror game’s just got a pretty hefty news update ushering in a bunch of bug fixes, ghost changes, new features, and more. Kinetic Games says the patch brings “lot of important difficulty changes with the ghost hunting phase that helps move the gameplay towards what it needs to be”, and is the culmination of several months’ testing. But, the studio’s also given us an idea of what’s coming in the future, too, and it includes a lot of nifty new content.

In the latest patch notes on Steam, indie dev Kinetic breaks down the raft of changes into four categories: new, ghost changes, changes, and fixes. The new content is quite limited, adding some new volume controls to the game as well as some hiding places to the Grafton Farmhouse and Bleasdale Farmhouse maps.

However, the ghost changes – which have previously been tested on the game’s beta build – are pretty significant, folding in changes such as stopping ghosts moving during hunts’ kick-off phases, and just generally making them faster and savvier. Though, you can now outwit them by using furniture to break their line of sight, which is handy.

As for more general changes, there are some performance-boosting tweaks for the Prison, School, and Bleasdale maps, while Tanglewood has seen a few adjustments to stamp out a few pesky exploits. Plus, Phasmophobia’s crucifixes will now “cause a five-second delay in between each hunt attempt after it gets used by the ghost”. Here are the patch notes in full (via Kinetic Games on Steam) if you’re keen to see the full rundown:

As for new content coming to the game, Kinetic also says that, “while there are still a lot more needed features that will be added, future updates will include new maps, ghost types, and new equipment” in the notes, linking to a Trello board that fills us in on what the studio’s got cooking up.

Across the ‘backlog’, ‘to-do’, and ‘in-progress [beta]’ lists on the board, we can see some exciting hints at upcoming additions to Phasmophobia – for example, there are plans for “mansion”, “small house”, and “apartment building” maps, as well as new equipment such as night vision goggles and a toy bear that can make noises when ghosts interact with it. There’s no word on when these will come to the game just yet, but you can keep up with progress via the Trello board and the Phasmophobia Twitter channel, where beta build notes get posted.