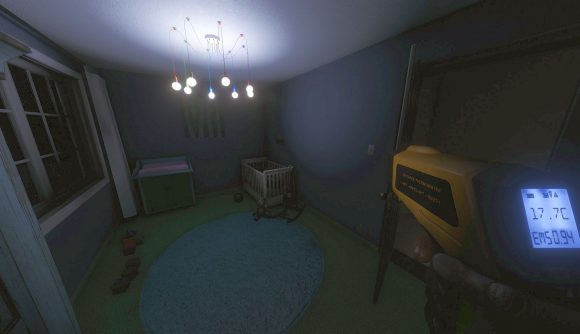 Phasmophobia developer Kinetic Games has sure been busy experimenting of late. The horror game has just got several new updates, in which the studio’s trying out a whole bunch of gameplay changes. And, going by the patch notes, it looks we could see Phasmophobia’s ghosts get a whole lot savvier.

In the latest beta build update notes posted on Twitter (below), ghosts get a lot of love. For example, “all ghosts except Revenants will now move increasingly faster over time if they see you during a hunt” – and this new-found speediness will “only drop if they can’t see you after they have checked your last known location”. On this topic, ghosts also now have a “slightly increased” maximum chase speed overall.

Additionally, ghosts in the indie game’s beta build now have a chance of slightly opening both closet doors at the same time while a hunt’s going on – and, they’ve now got a 50% chance of remembering where they last saw you during a previous hunt, too. That means they’ll be heading to that area to search for you during the next one. Gulp.

Following the changes, ghosts will also be far quicker off the blocks when a hunt kicks off, with the amount of time they spend idling at the start dropped to just five seconds, down from eight. Plus, if a ghost knows you’re in a closet or locker and you keep on chatting, it’ll now fully open both doors on its second attempt, even if you’re grabbing them.

The updates do bring a helping hand for ghost hunters in tackling the beasties, though. For example, the update has more than doubled the distance from which you can hear ghost footsteps (from seven to 20 metres), and your microphone now needs to reach a slightly higher volume before a ghost can find you. Plus, furniture can now block a ghost’s line of sight, opening up your hide spot options. But, all in all it looks like we can expect ghosts to wise – and speed – up quite a bit in the future if these changes hit the live game.

Another new update is ready to download #Phasmophobia pic.twitter.com/E9g1G69W6G

If you dip into the Phasmophobia beta build, you can get stuck into these changes right now – but, if you prefer to stick to the live thing, you might find our Phasmophobia sanity effects and Phasmophobia crucifix guides handy.