You can tell a lot about an XCOM-like from its geoscape. Firaxis rendered Planet Earth in oceanic blue for Enemy Unknown, shimmering and hopeful, much like the mercenary story at its heart.

But Phoenix Point paints the world in black. The continents on its surface stand out in relief, as if embossed, the land pockmarked and uneven, as if the whole world were merely a lump of charcoal.

Over the oceans, a smattering of white suggests stars and constellations or a recently rubbed out chalkboard, the dots and lines hinting at information just beyond our view. Phoenix Point, like X-Com before it, is all about the unknown – the inky blackness that will inevitably give way to horrors should you dare to push into it.

Near the poles, the globe resolves into rings, like those in the trunk of a tree. You might surmise that it is very old, which is true – the design for Phoenix Point’s geoscape is rooted in the very first X-Com, which designer Julian Gollop worked on back in the early ‘90s. 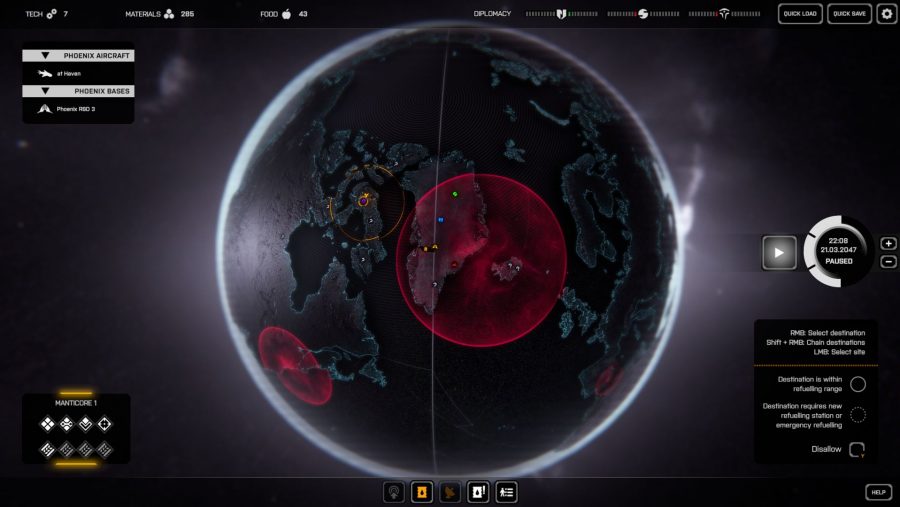 One of the wise concessions Firaxis made for accessibility while rebooting the series was to pull out the systemic choices of X-Com’s geoscape and make them explicit – which continent to plonk your base in, or whether to defend this or that city. Phoenix Point has its eyes on a more freeform strategy layer. In the finished game, a Lovecraftian mist will drift horribly across the globe, claiming locations in the name of everything slimey and barnacled.

Each of the several factions scattered across the planet has a plan for stopping the spread of surf and turf, but it’ll take you to bring one to fruition. You might boost a struggling group with resources and protect them from attack – or wait for the mist to float their way and then buy their secrets at cut price from the starving survivors.

Most of this emergent overworld isn’t implemented in the current beta build, but the constituent parts are there. Faction forts are visible on the map – within a few hundred miles of my base a group called New Jericho is holed up in a place called Elutheria, which I hear is treatable with cream. A little further afield, a company named Synedrion has decided to name its home Forty McFortface, which is useful: it makes it easier to leave the inhabitants to the crustaceans. 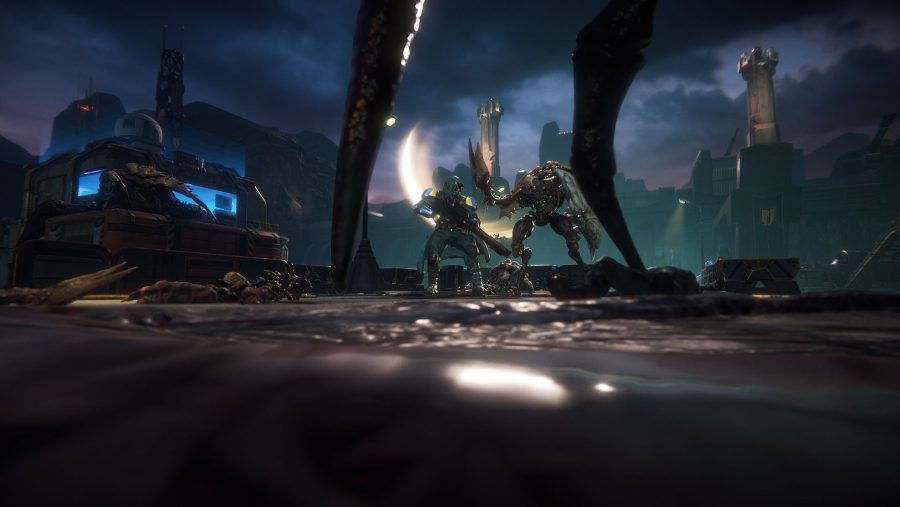 All three of our hidey-holes are within a swirling red radius, which means the mist is upon us and we’re all at risk – although the exact source of the monsters within that circle is obscured. Sure enough, the crabmen soon fall on Elutheria, and I send out the Manticore to help – a troop transport with limited fuel. If Elutheria had been situated another continent over, I would have been wiser to leave it to its fate – or risk running out of juice halfway home.

This is a take on XCOM that never, ever wants to cut down your options

On the ground in Elutheria, Phoenix Point’s dedication to the unknown continues – enemies are invisible not only until you uncover them, but also afterwards if you fail to keep an eye on them. Combat, once initiated, is every bit as satisfying as it has been in previous builds. Of particular note is the armoured truck which, if you like your crab tenderised, can be pointed in any direction once per turn and floored at top speed, reducing concrete cover to rubble. It’s a reliably entertaining way of restructuring the battlefield.

The truck comes mounted with a machine gun too, but when I tried to fire it at a nearby enemy the suggested shot was blocked by the crabman that was still splayed across my bonnet. Thankfully, Phoenix Point’s targeting reticle was just a suggestion – it’s possible to click and drag the turret’s trajectory to wherever you like, so I could rotate it clear of the roadkill to take out the other shelled fella with one clear shot. This is a take on XCOM that never, ever wants to cut down your options. 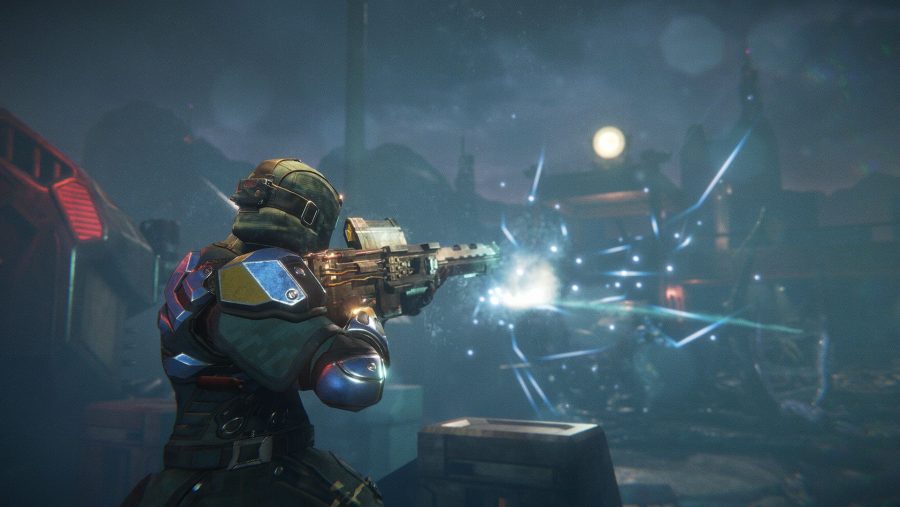 With one final, glorious use of my Heavy’s new Rage Burst ability, which empties an entire clip from her minigun into two enemies, Elutheria’s unpleasant breakout is cleared up. Back on the charcoal map, I’m rewarded with an improved faction relationship. Perhaps more significantly, a new point of interest appears in the centre of that great red blemish, the mist – the local alien base. It’s going to take plenty of ammo and probably a few lives to wipe it from the globe altogether. But then, that’s the Gollop brand of tactical horror: as awful as the unknown is, sometimes knowing is worse.