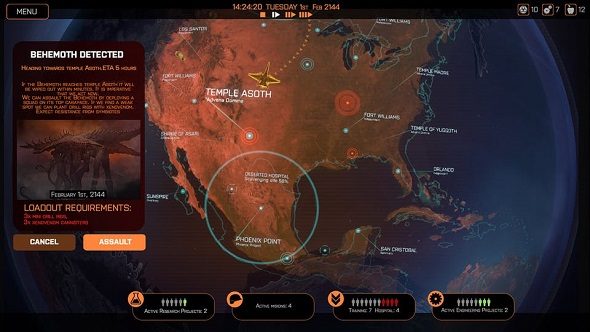 British strategy game designer Julian Gollop is back again, this time with a riff on X-COM: a spritual sequell called Phoenix Point. Gollop is hoping to raise $500,000 to expand his studio, Snapshot Games, while also funding development of his new game, a modern reimagining of his turn-based opus.

Check our list of the best strategy games for more tactical titles.

Instead of going back to Kickstarter, where Gollop’s wizard battler Chaos Reborn was funded, this time the creator is opting for Fig, the crowdfunding platform that lets people buy a stake in the game. It’s where Pillars of Eternity 2 and Wasteland 3 saw success.

As you can see in the trailer above, it’s looking very X-COM, albeit with massive, screen-filling boss enemies and terrors from the depths. The game will also feature rival human factions and adapting alien enemies, who change based on your playstyle.

There’s an overworld map, engineers, scientists, soldiers, aliens, destructible scenery, and turn-based battles. It’s X-COM evolved, by the sounds of it, and it looks like it could be absolutely brilliant.