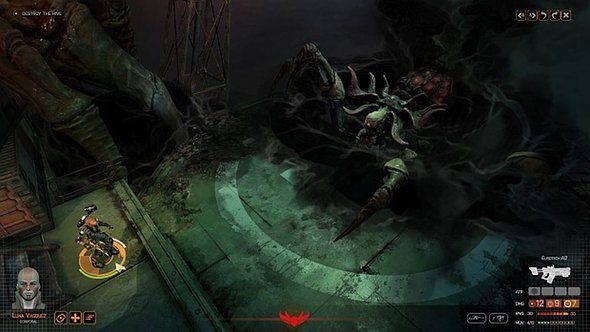 Phoenix Point creators Snapshot Games boast some serious gaming royalty. The team includes Julian Gollop, the genius behind the original XCOM game, as well as the seminal ZX-Spectrum wizard battler Chaos. As if that wasn’t enough pedigree already, he is joined by co-founder David Kaye who literally invented microtransactions in games via 1997’s Achaea: Dreams of Divine Lands.

Check out some beard-strokers with our list of the best strategy games.

Their latest project, Phoenix Point, is described as “an XCOM style game with the modern presentation and tactical mechanics of the Firaxis reboot with an open world, strategic level reminiscent of the original XCOM.” It very much leans towards the horror end of the narrative spectrum, boasting procedurally-generated enemies which mutate, morphing in size and shape to counter your attempts to subdue them.

In a recent press release, Gollop explains that the tactical battle system is now in working order and the team has switched to working on geoscape design and large scale monsters. Furthermore, composer John Broomhall is on-board. Many people may know Broomhall from his extensive work on ‘90s PC releases, including Civilization, Fields of Glory and the original XCOM game.

Phoenix point is scheduled for a 2018 release. It is currently not available for pre-order but you can check out the Lovecraft-laden teaser trailer above and subscribe to the Youtube channel for more info. Finally, you can subscribe for regular updates on their official website.