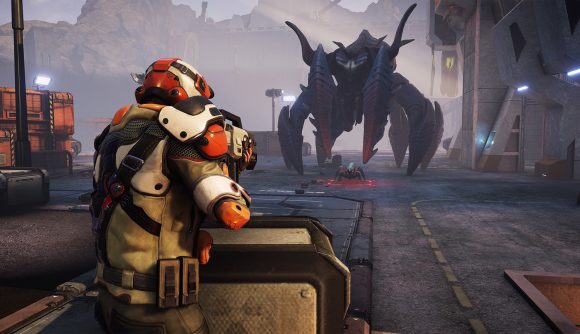 This weekend is your chance to jump into the nail-biting world of Phoenix Point, as the tense turn-based strategy game by famed designer Julian Gollop is free to play for the next two days on Steam. As this is the Year One edition, you’ll have access to Phoenix Point plus all the DLC expansions released during its year of Epic Games Store exclusivity.

Phoenix Point returns to Gollop’s X-Com roots: you command a team of highly trained soldiers whose job it is to fight back against a mutant alien menace that has devastated Earth. Between turn-based battles with aliens and other enemies, you’ll have to make key decisions about which factions to forge alliances with and how to direct your scientists’ research efforts.

There’s also more of a global exploration element in Phoenix Point, since when the game begins, the aliens have pretty much already won, and your once familiar planet is twisted and overrun by the occupying forces. You’ll also have to decide how you want to deal with the other factions, some of whom may wind up cooperating with the aliens – do you want to crush your rivals outright, or use espionage and deception to outmanoeuvre them?

Here’s the trailer for the Year One edition:

The Year One edition includes the Blood and Titanium and Legacy of the Ancients DLCs, which add new soldier build options, mission types, and story beats to Phoenix Point.

You can pick the game up for 50% off this weekend if you try it and like it. If you need some help getting started, our guide to Phoenix Point classes can get you on the road to training some super troopers in no time flat. Just remember: do not trust anything that looks like a crab.