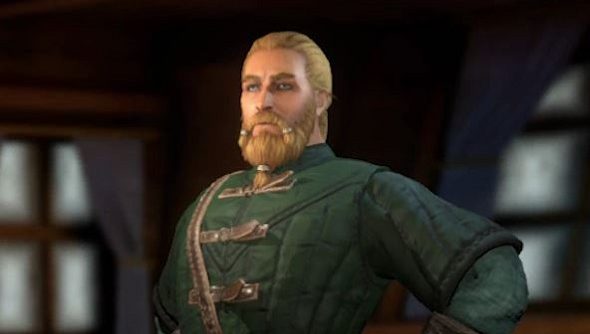 As everyone knows, beards are adventure fuel. That’s why people grow them. In that spirit, Pillars of Eternity 2: Deadfire now has a new DLC pack available that adds new beards, new hairstyles, and a new personality type. And just like (most) real beards, the DLC is free.

The Beard & Hair Pack is the third free DLC added to Deadfire. Also available are the Rum Runner pack, which allows you to be constantly sauced, and the Critical Role pack, which adds eight new character voices from Critical Role’s Vox Machina campaign.

In addition to the three new beard styles and four new hairstyles, the Beard & Hair Pack includes a new personality type, Energetic, for your party members. It’s unclear how well this synergizes with the “Drunken” personality type introduced in Rum Runner.

You can find plenty of beards on our list of the best RPGs on PC.

The new DLC comes alongside an extensive patch for Deadfire. Patch 1.1.0 resolves some edge-case crashing issues users had reported and makes a host of other fixes, but it also introduces some welcome quality of life improvements, like a Refill Ship Supplies button available at storefronts that sell medical supplies, cannon shot, and other, well, ship supplies.

There are improvements to character appearance, which you can change in-game now – very handy if you’d like a brand new beard, for example. Obsidian has also included an option to skip the game’s intro sequence if you’ve already played through it once, and new graphics options have been added.

All in all, a respectable update to an already stand-out game. In his Pillars of Eternity 2 review, Phil Iwaniuk somehow neglected to mention beards at all, but he called it “an extraordinary game” that provides a very real sense of adventure.