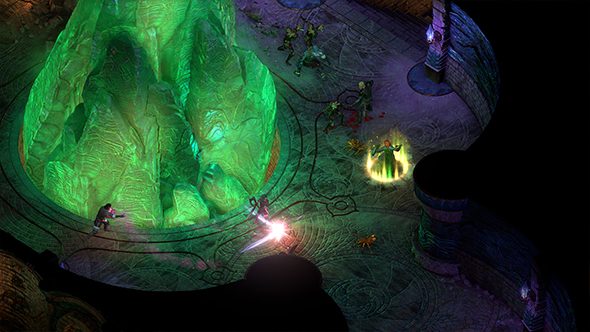 Obsidian dropped a bunch of detail on its first paid DLC pack for Pillars of Eternity II: Deadfire earlier today. While that DLC’s coming within a month, there’s lots more on the horizon – and Obsidian spoke to us about what those future plans will entail.

There are two more paid DLC packs coming after Beast of Winter next month. “We have those, and we’re continuing to release some free DLCs – we’ve already released some,” says executive producer Alec Frey. “There’s more of those in the pipeline. And we’re obviously continuing to support the game – we have a lot of quality of life improvements, a lot of things that we’re adding and changing.

Pillars is an excellent modern throwback, but the best old games on PC are still worth playing.

“We’ve got a still somewhat active beta community which is really great, so we can test things out and get a lot of feedback. We definitely want to keep making the game better for everybody – it’s a really big passion project for us.”

Response to Obsidian’s past DLC expansions for its throwback RPGs has been a bit mixed. The White March for Pillars 1 was well-received, but Bastard’s Wound for Tyranny got a largely negative response for its slim content offerings. Beast of Winter will be somewhere in between those two releases in scope, and the team at Obsidian is taking those responses to heart.

“I think there’s definitely things to take when we look at what people like and what we can do differently to other DLCs we’ve done in the past,” Frey says. “It definitely comes up in meetings. I don’t think there’s any one specific large thing that we take away from them, it’s lots of little ideas.”

Alex Scokel, game director for Beast of Winter, adds “White March reflected a desire to be the 1990s expansion experience – that was what they were trying to capture and I think that has a lot to do with why it was packaged the way it was. Deadfire isn’t as rooted in that as the original game was, so that leaves us a little more room with which to play.”

We spoke to Obsidian about the Beast of Winter DLC in-depth, so follow that link for much more detail on what to expect. As for Pillars 2 itself post-release, Frey says “We’re really happy with how the community feels about it. Inside the studio we’re really excited about everything we’ve made so far. We’ve got a lot of great ideas. It’s done so great, and we also think we can make it even better with the stuff we’re adding.”