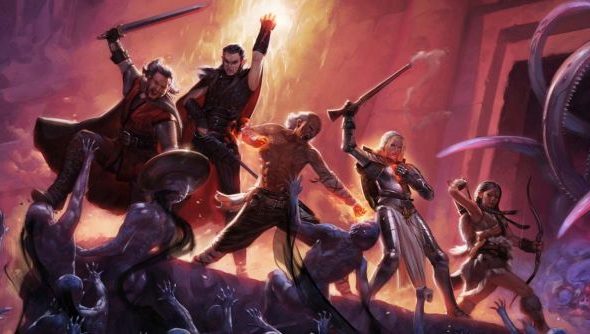 Patch 1.05 for Obsidian’s deep and spectacular RPG, Pillars of Eternity, has been finally released, and it’s a big one. An option has been added to allow players to remove the default auto-level system from followers, and instead let the player dictate their stats and abilities. Save games can now be renamed (woo hoo!), more item sorting options have been introduced, and to top it all off there’s a slew of balance fixes.

Obsidian have also gone on to say that Kickstarter backers can expect to see their physical disc rewards very soon. “One reason for waiting was so we could get the 1.04 patch as the base build on the disc.” said lead producer Brandon Adler. “You should start seeing your discs in the next few weeks.”

The documentary too is also moving along nicely. The final cut of the film has been received by Obsidian, and backers can expect to get an exclusive sneak peak immentinelty.

But without further ado, hop over to the next page for those juicy patch notes.