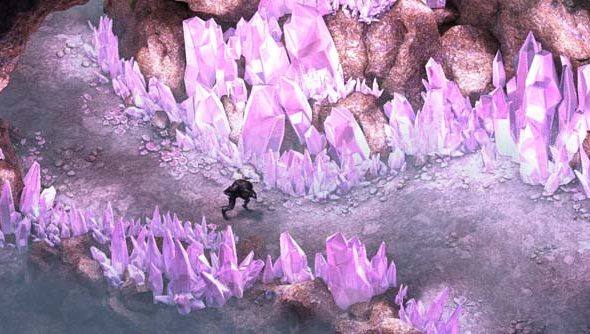 Paradox Interactive and Obsidian have finally revealed the release date for their Kickstarted classic RPG, Pillars of Eternity. You’ll be able to get your hands on the spiritual successor to those 90s fantasy romps on March 26th.

The game will be available online and at retailers. The March 26th release is the first concrete date we’ve had for the game, which was delayed from the end of 2014 to ensure it was in the best possible state of completion.

“Everybody at Obsidian has been dedicated to ensuring that Pillars of Eternity is the game we said it would be ever since we launched the Kickstarter campaign,” said Feargus Urquhart, CEO of Obsidian Entertainment. “The community has been incredibly forthcoming with their feedback, and we want to thank all of our fans for being so engaged with the game’s development – and for giving us the time to implement their suggestions and ensure Pillars of Eternity is a game we can be proud of. We’ve used that time well, and the results will be worth the wait. The end is finally in sight, and our journey is nearly complete – at which point yours can begin.”

To show off the final build in anticipation of the March launch, Obsidian will be streaming on Twitch on Thursday January 15th at 9pm GMT. Project Director Josh Sawyer will host the stream, showing off some never-before-seen features. Watch the stream at the Paradox Twitch channel.