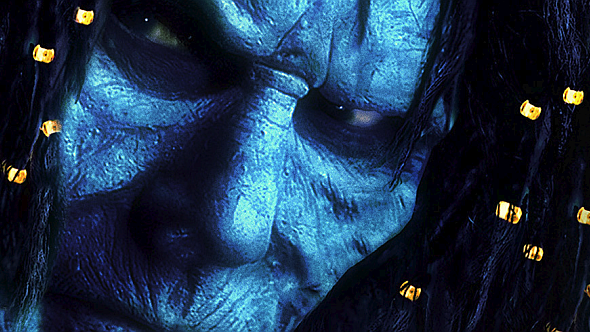 If you’ve been enjoying Torment: Tides of Numenera but haven’t experienced the sensational RPG that inspired it, you’ll be glad to know that it’s now available on GOG, alongside a big sale on contemporary Dungeons and Dragons RPGs.

Despite being all old, Planescape: Torment is still on our list of the best RPGs on PC, and it directly inspired several of the others.

Planescape: Torment: Enhanced Edition arrived on GOG.com yesterday for £14.99. If you’re in the UK, that’s the same as it costs on Steam, but interestingly it’s slightly cheaper for our American readers, at $18.59 to Steam’s $19.99.

To celebrate the arrival of a classic, GOG are holding a big sale on other Dungeons and Dragons games. Nerd briefing incoming: though The Forgotten Realms have become the default setting for D&D – where iconic gaming cities such as Neverwinter and Baldur’s Gate are located – the flexbility of the rules allow for many such settings, one of which is Planescape. Chris Avellone, the director and lead designer of Planescape: Torment, wrote campaigns for D&D-inspired RPGs for two years before starting his videogames career at Interplay in 1995.

Anyway. Check out either the D&D Completion Bundle or Beamdog Enhanced Editionsto get a look at the deals available. The Completion Bundle contains such retro classics as Neverwinter Nights 1 and 2, the Forgotten Realms Archives, and Icewind Dale 2, whereas the Beamdog bundle contains the more recent Baldur’s Gate games. Some of their expansions are a bit shaky (as the user scores reflect), but the originals are worth a look if you’ve been enjoying the recent renaissance in isometric RPGs.

The D&D sales will last until 11pm BST on April 16, so you’ve plenty of time to pick something for the weekend.