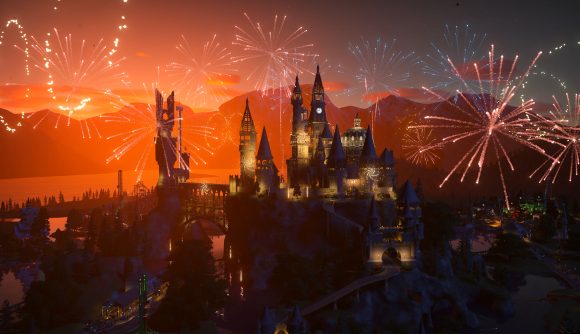 Planet Coaster, the roller coaster-building park sim, turns two years old this weekend and to mark the occasion, developer Frontier has created a trailer that showcases how much coastering its players have done since the game launched.

For instance, Tropical Rock #7 has been placed a total of 7,254,257 times. Planet Coaster players have created jobs for 26 million security guards and 37 million janitors. And they’ve placed more than 17 million kilometers of roller coaster track (although we don’t have hard numbers on how many of those are safety-compliant).

Frontier has also put together a special Deluxe Edition of Planet Coaster, which is out now. It includes the base game, plus five theme DLCs: the Spooky Pack, Adventure Pack, Studios Pack, Vintage Pack, and World’s Fair Pack. That’s available for $47.74 USD, or 52% off the list price of the individual items.

The Deluxe Edition is available now on the Planet Coaster Steam page, and combined it includes more than 110 different rides and rollercoasters, as well as more than 2,000 placeable scenery items to use in your parks.

Have a look at the trailer, which features a lovely fantasy castle and fireworks, plus a man being eaten by a shark.


Jeremy spoke with the developers of Planet Coaster about the love of engineering that fueled their passion to make the game. Personally, I’m always glad that someone is willing to handle the math for me.