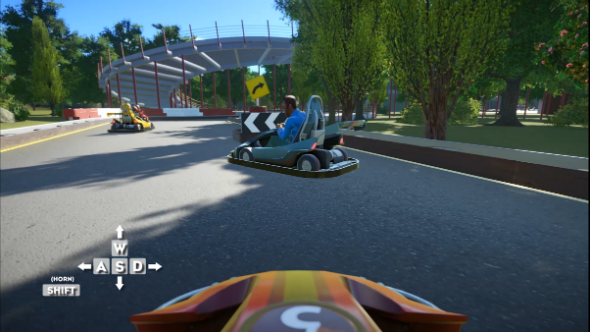 Sneaky devils, those game developers. When they’re not squirreling away Easter eggs they’re hiding announcements in file directories, or making the Konami code do everything from Rickrolling you to putting your house up for auction on eBay. Probably.

U in need of some UGC? Check out the best Planet Coaster community creations.

Well now there’s another one to add to the list. Because it turns out that Frontier Developments have tucked away a bunch of cheat codes in the ace Planet Coaster without telling anyone.

Not only that, they’ve been active ever since the Spring Update launched on 11 April, meaning clandestine gaming goodness could have been yours for more than two weeks, had you only known.

Well now, thanks to PCGamesN, you do. Because we can exclusively reveal the first two of these cheat codes, both of which pertain to the recently introduced go-kart ride.

First up: you can drive the go-karts. Yeah. Quite. Change the name of your Speed Go Karts attraction to ‘BOLLARD’ and you’ll be able to enter a first-person view and actually drive around the track you’ve laid down using WASD controls. You can even tap Shift to honk your horn. 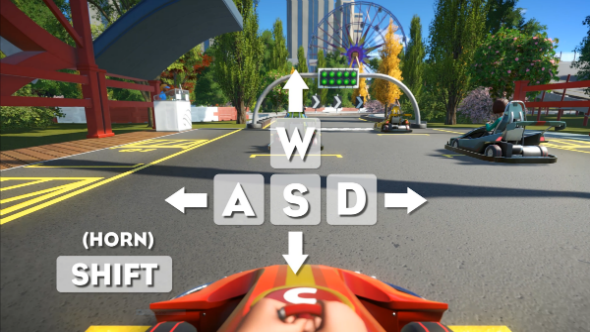 For those of you with a greater need for speed, we’ve also got you covered. Firstly: don’t watch the terrible Aaron Paul movie from 2014. And secondly, change the name of a go-kart rider to ANDY CHAPPELL and you’ll get yourself a super-powered car to careen around in.

(NB: ‘Andy Chappell’ is the name of Frontier’s lead software engineer, making this a sneak within a sneak. Sneak-ception.)

You can see how both of these cheats work in the video above, and there’s more secret Planet Coaster action going on today as a bunch of other cheats will be revealed across the internet. But these are the best ones, obviously.